It’s 2019 But Cars Are Still Designed For Men 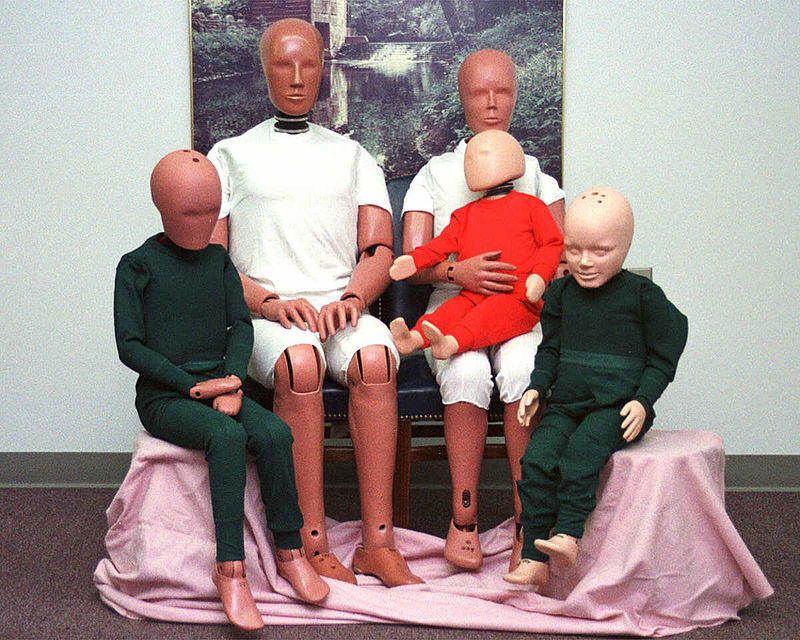 Yes, men drive more and are more likely to do it riskily—drink driving, not wear their seatbelt, speed, etc—and yet women are 73% more likely to be injured in a frontal crash compared to men. Nooo, it’s not because women are bad drivers, but because cars were and still are designed for the average male driver.

The Hybrid III 50th Percentile Male Crash Test Dummy is the world’s most widely used crash test dummy, used to evaluate car safety performance in frontal crash testing, including those conducted by the ASEAN NCAP.  “He” weighs 78 kilogrammes and stands 5-foot 9-inches tall while the average Asian woman is about 20 kilogrammes lighter and 4 inches shorter. Why is this important?

Well, data from the USA shows that between 1996 and 2000, 179 people were killed by airbags—the very feature that was intended to save them—in low-speed crashes. The problem is that airbags are deployed with enough force to keep a 50th percentile male in his seat during a crash, even if he wasn’t wearing a seatbelt. Great for the average male but too much force for the average female (or child). And women are not only smaller and lighter versions of men—internally, the female bone structure is different from a male’s and that determines how the body withstands crashes.

Some automakers and safety regulators, in an attempt to be more inclusive, use a scaled-down version of the male dummy to represent the female passenger—the 5th percentile dummy—but “she” was chosen based on standards from the 70s when our mothers were about the size of a 12-year-old child today. And this female dummy often rides in the passenger seat during testing, despite female drivers now being, you know, a thing.

So, why is it so difficult to design a safety test that can protect men and women equally? Firstly and of course, gender-bias. But it is also difficult to build a dummy that can accurately represent the female occupant without researchers having to study real-world injuries and then recreating them on human cadavers. Also, it’s near impossible to build a dummy to represent all drivers, male or female—the average person just doesn’t exist.

Meanwhile, though, computer models allow automakers to simulate crashes and their impact on bodies of different shapes, sizes and gender. Volvo, arguably the leader in car safety, developed a virtual pregnant female model for testing and used computer models to develop their whiplash prevention system.

Four-ish Common Mistakes Made With the Child’s Car Seat.

Let’s all try to get it right.

That said, a virtual human cannot replace an actual dummy. Considering that in some places female drivers outnumber male drivers (like the USA) and where female drivers once banned are now allowed (ie. the UAE), it’s about time that somebody lets a “real female” take the wheel during testing.

More in whysoserious
There will be NO Duck!
April 8, 2016