Is This the End of Booth Babes?

Our friends over at X-1R are no strangers to auto shows and the ploys employed to attract visitors to their booth. But recently they have seen a change in the ‘bait’ being used. X-1R’s Nigel shares his observations…

The chilly winds of change are blowing through the world of international auto shows and ‘Booth Babes’ are suffering, not just because they aren’t dressed for the cold.

Traditionally, many companies hired good looking and scantily clad ladies to staff the exhibition stand, where they were supposed to attract gullible and presumably mostly male punters to find out more about the company’s products or services, and have their badge scanned and thus create a sales lead for the company.

In the case of car shows, the models would be very scantily clad and paid primarily to pose, often provocatively, in front of the cars for wannabe photographers to take quick one—photograph, that is. But the practice is being quickly abandoned and at the recent Geneva Motor Show, it would seem that the Motor Show Booth Babe has gone the way of the F1 Grid Girls.

But why would this make me more likely to buy a Subaru…? 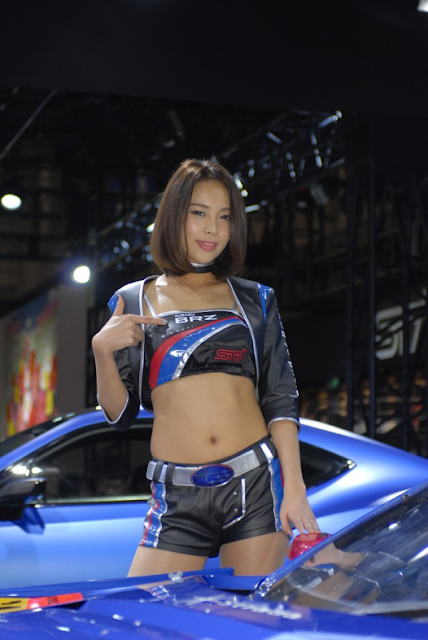 Apart from the obvious sexist connotations of employing Booth Babes, it always seemed a little pointless for any company, including mine, to employ anybody at a trade show who had little or no idea about the product that we are selling. What we need as a company is a qualified sales lead, not just another name. If I just wanted names, I could get them from the phone book (if they still make them, that is). 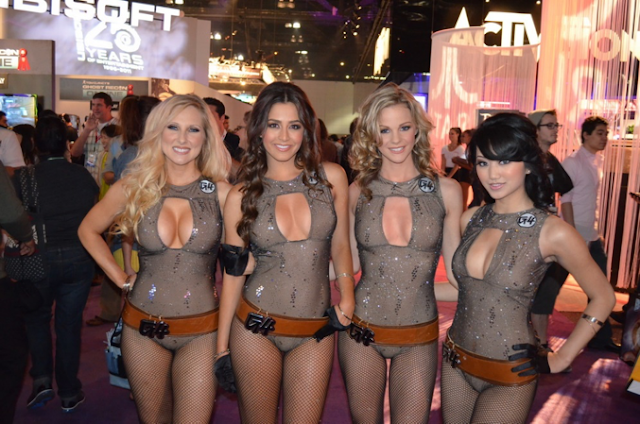 Sorry, what was I talking about…?

I also don’t want my stand overrun and clogged up by a bunch of hormonally challenged adolescents intent on leering at the SYTs on the stand, and not at my products. This will either stop or inhibit genuine customers with a real interest in my products getting the information they want. 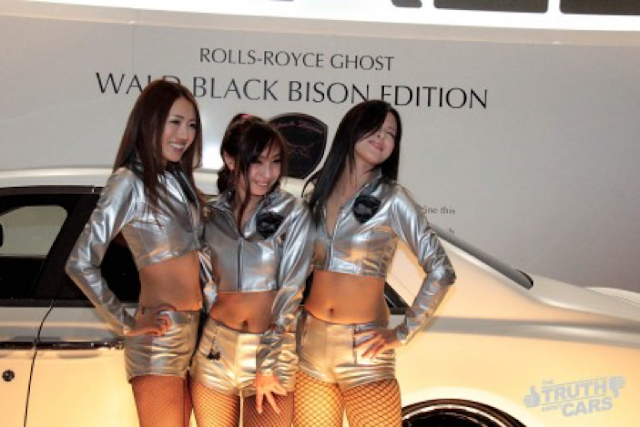 Rolls Royce, how could you…

Of course, you will get a lot of brand awareness via the selfies that will circulate around, but really you can definitely get a better quality of lead if you, say, put a coffee stand at your booth, as we have done in the past. In most of Europe, sex no longer sells and the Booth Babe has been replaced by knowledgeable product specialists. It is the end of an era but we will all probably be better off for it.

The Tokyo Auto Salon always did it ‘best’. 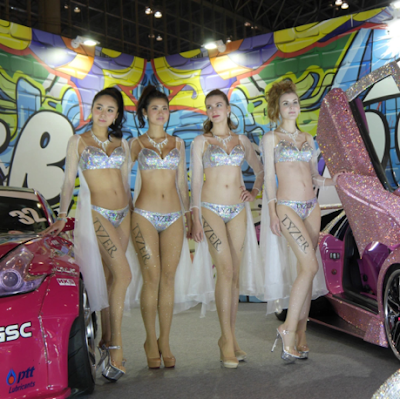 Cristiano Ronaldo Likes to Show Off His Cars...And We Can't Help But Love It