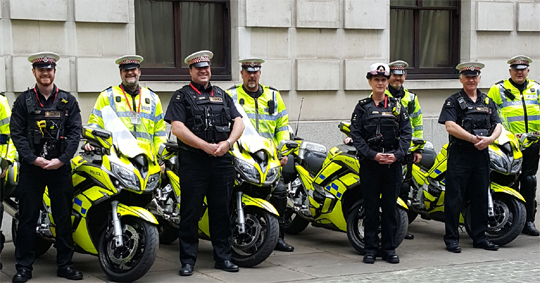 Automologist MAC brings us up to speed on speeding in the UK.

According to figures just out in the UK, the number of drivers being caught for speeding has risen by more than 500,000 in the past six years. This is almost a 30% increase. The cause for this isn’t the sudden need for speed amongst British motorists, but a move by cash-strapped local police forces to raise money. Allegedly, that is.

Last year, a grand total of 2,292,536 speeding fines were dished out by the UK’s boys in blue, which, when you do the maths, is one every fifteen seconds! The increase is in direct proportion to the number of new speeding cameras that seem to infest the roads of dear old Blighty. The figures were collated by Dr Adam Snow, a lecturer in criminal law at Liverpool John Moores University, for research commissioned by the RAC Foundation.

The EU gets Big Brother-ish with cars.

Speed limiters to be installed by 2022.

In the UK, when you commit a traffic offence, you get penalty points on your license, which can ultimately result in a ban and thereafter higher insurance. So, to get around the points (and not the fine), you can opt to pay an additional GBP45 (just to cover admin costs) to attend a speed awareness course; the proceeds go directly to the local constabulary’s coffers, of course. These courses are estimated to have netted around GBP50 million for the local police forces last year.

It is estimated that about 25% of all UK drivers have been on a speed awareness course—heck, even my eighty-three-year-old Mother has been on one. It was designed, according to the National Police Chiefs Council, to reduce the number of road casualties. But here is the rub: the number of road fatalities for the past six years has remained relatively constant, with 1754 deaths in 2012 rising slightly to 1793 in 2018.

Flying Cars? Where is the Future We Were Promised?