If Your Local Petrol Station Starts Pumping E10 Fuel, You Will Probably Need This… 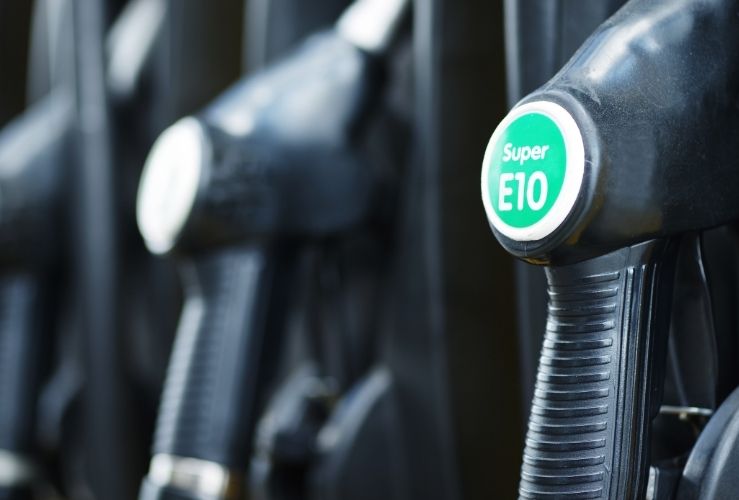 In places like China, the EU and the UK, governments are forging ahead to ditch fossil fuels and switch fully to electric vehicles in less than two decades. Now, the road to this deadline is full of potholes, but if anyone can do it, it would be these countries. For the rest of the world, though, where the infrastructure to support these electric dreams fall far behind and the price of an electric vehicle is beyond the reach of the average population, there could be an interim solution.

The UK is already planning to ban the sale of internal combustion engine vehicles by 2030 but in the meantime, has announced that they will increase the bio-ethanol content of the fuel sold in the country from 5% to 10% (referred to as E10 or B10 fuel, depending on which part of the world you are in). According to the UK’s Department for Transportation, this will reduce carbon emissions by a whopping 750,000 tonnes per year or the same as removing 350,000 cars from the road.

Now, it won’t be long before other governments will follow suit. In countries like the Philippines, where air pollution is a major health and environmental crisis, switching to E10 fuel could be the next step to mitigating the problem. However, according to the Global CEO of X-1R, Nigel Mckenzie when speaking to the Philippine Daily Inquirer, the E10 might not be compatible with older cars and could damage the vehicle’s fuel components.

“We cannot ignore the over 1 million vehicles built before 2011 in the Philippines that may probably not accept E10. These cars may end up with damaged engines, especially the rubber and plastic components,” he explained to PDI.

Mckenzie further pointed out that bio-fuel is hygroscopic (absorbs moisture from the air), causing the ethanol component to separate from the fuel and therefore resulting in a poorer quality fuel (not to mention the damage to the engine caused by the presence of moisture). This is also why bio-fuel is less stable.

But some governments will insist on the E10 whether you like it or not, and it could soon be the only option at your local petrol station. Does this mean you have to risk damage to your car? Or you’ll have to buy a new car whether or not you can afford it? Well, no.

Mckenzie recommends using the X-1R’s Five-in-One Petrol or Diesel Treatment that will help to stabilise the fuel for more than six months. The additive also contains a moisture-scavenging component that will keep the ethanol in the fuel and allow water to pass through harmlessly throughout the entire fuel system and out the exhaust. So, the price of switching to “cleaner” fuel is an easy-to-use, affordable treatment for the car.

Saving the environment doesn’t always have to come at a high cost (we’re looking at you, Electric Car). 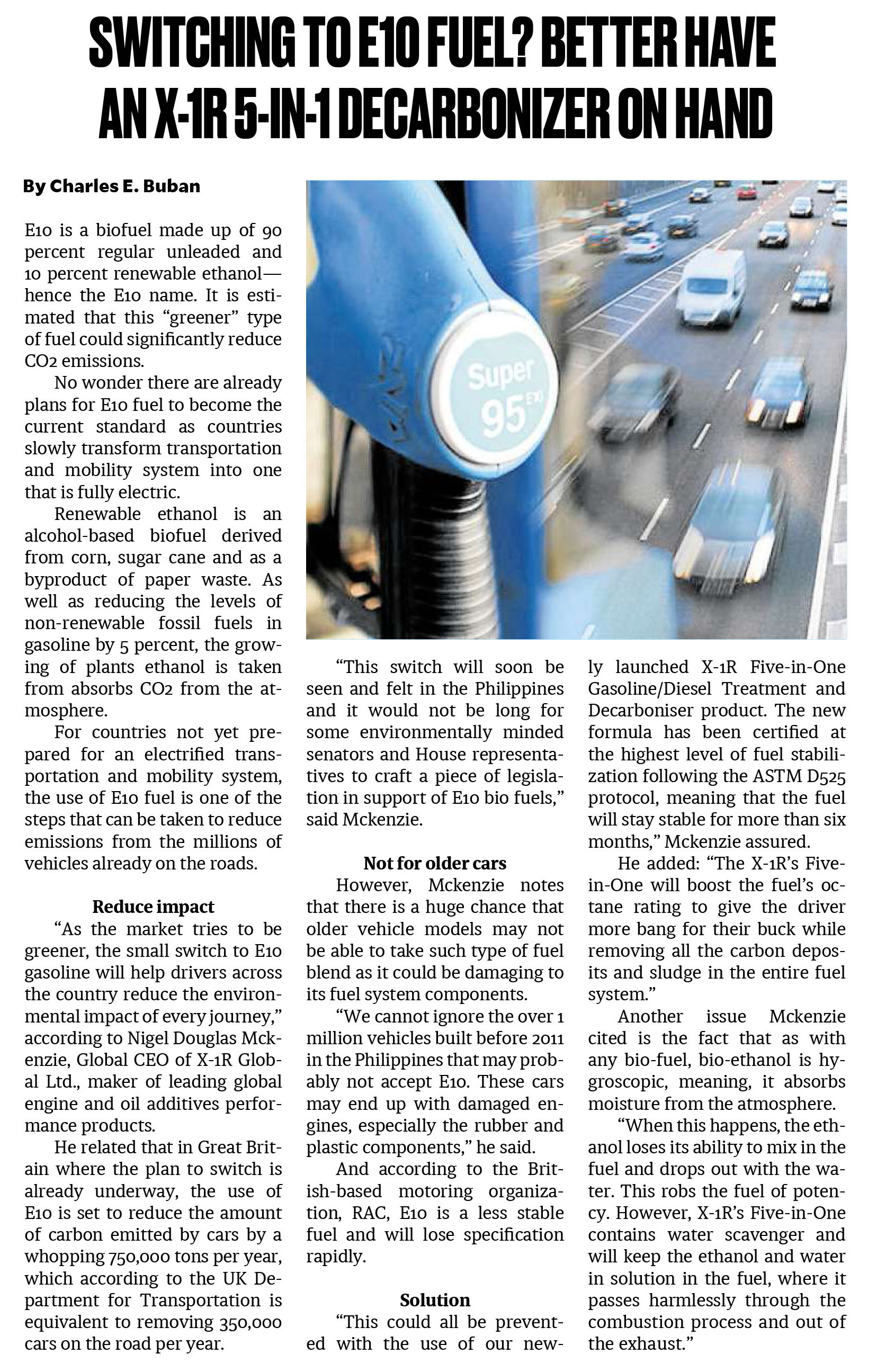 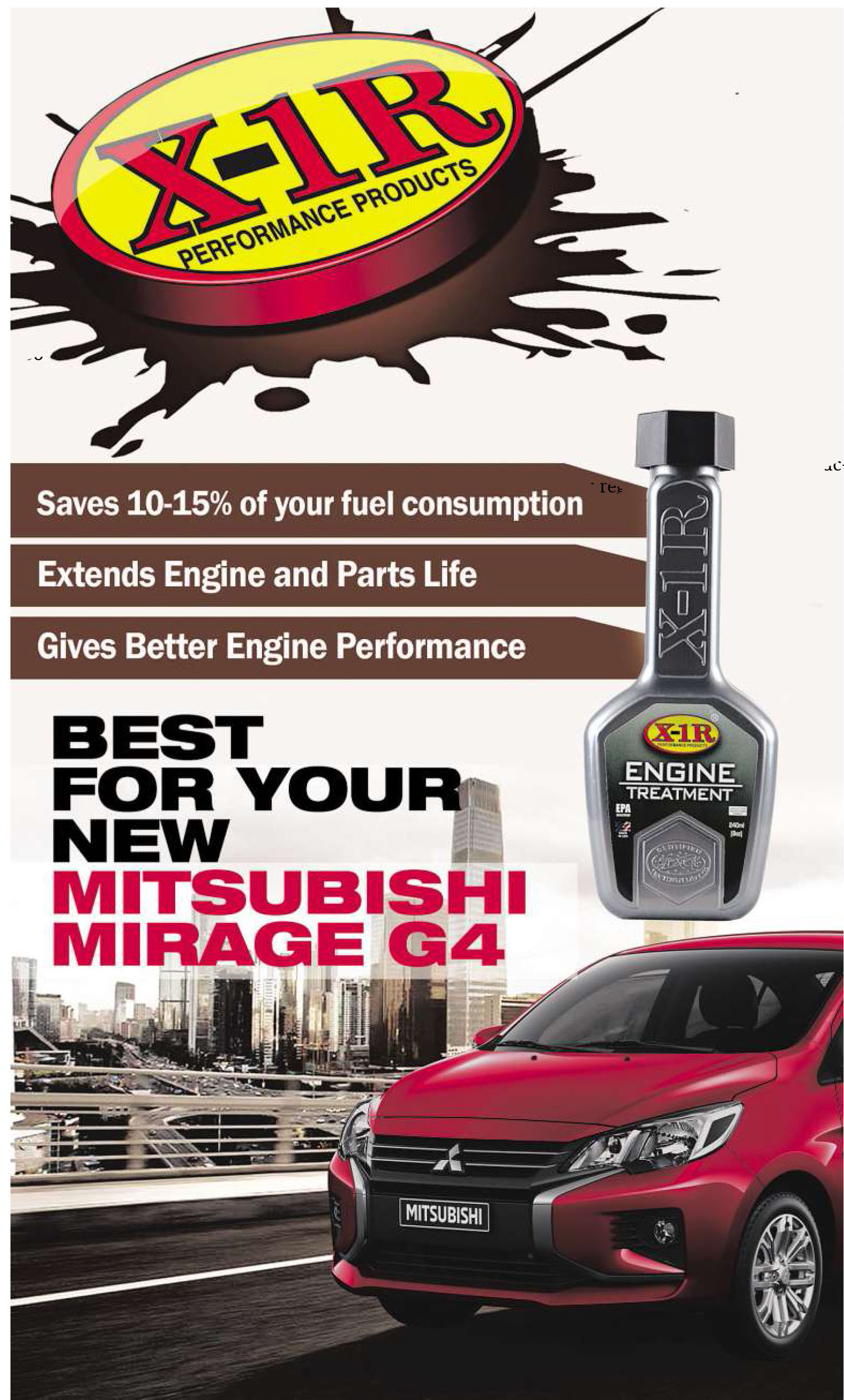 More in electric vehicle
Vending Machine Not Limited To Food And Drinks!
January 25, 2014