If You Could Choose, Which Compact Luxury Crossover or SUV Would It Be? – Part 2 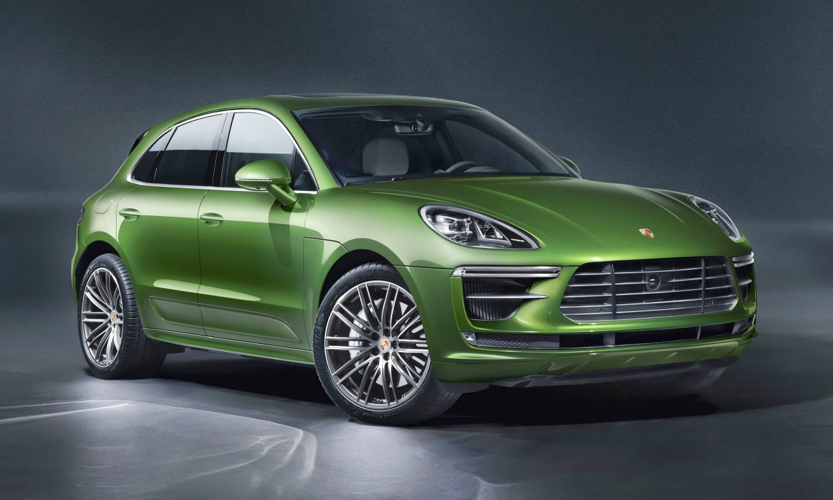 Automologist KEVIN gives you many, many choices. Click here if you missed the first twelve; if you’ve read that, here’s more… 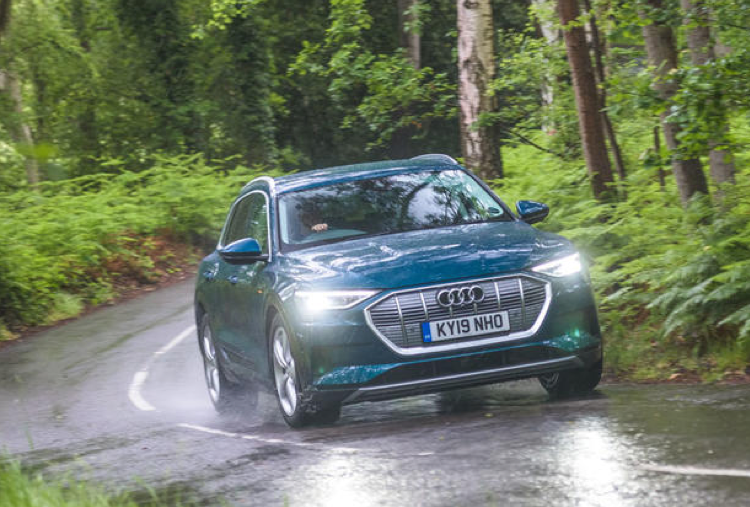 The Audi e-tron’s expensive base price means it costs a lot to play, but as its first mass-produced all-electric vehicle, this is an important game for Audi. In contrast with Tesla’s dare-to-be-different approach, Audi has curated the e-tron to look, feel and drive pretty much like a regular luxury crossover. The only difference? When the battery runs out of juice after about 320 kilometres of driving, you plug it in rather than fill it up at a gas station. Although not yet officially announced, we expect an update that will give the e-tron a range boost to around 210 miles. That’s still less than some of its competitors, but more than enough to get you through an average commute. 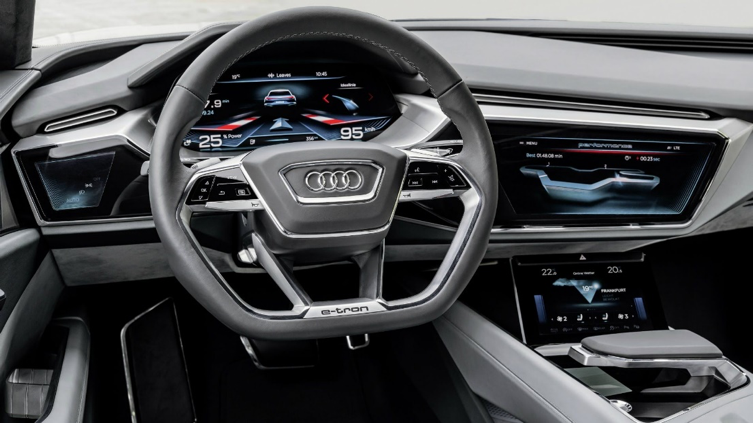 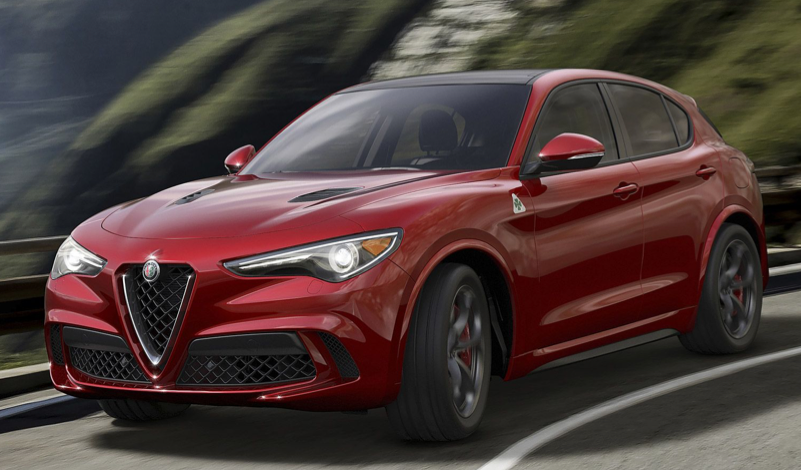 As far as normal four-cylinder compact luxury crossovers go, the Alfa Romeo Stelvio is more athletic than most. It shares its format, a turbocharged inline-four engine and all-wheel drive, with the base versions of nearly every vehicle in this segment, but it stands out as attractive and unabashedly sporty. Its 280-hp engine outguns most four-cylinder competitors and its eager handling traces a clear link to the 505 hp Stelvio Quadrifoglio. Upgrades for 2020 include a new infotainment system with an 8.8-inch touchscreen, a revised centre console, and an optional wireless charging pad. One thing that hasn’t changed is the Stelvio’s limited cargo space. If you need a big back seat and ample cargo room, the Alfa Romeo Stelvio is not your best option. 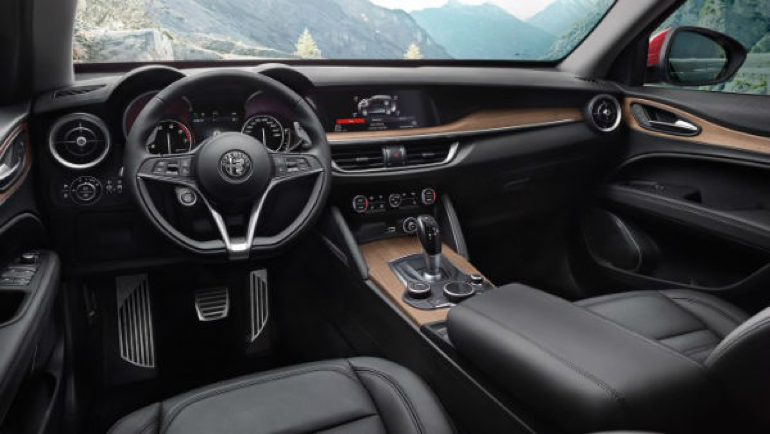 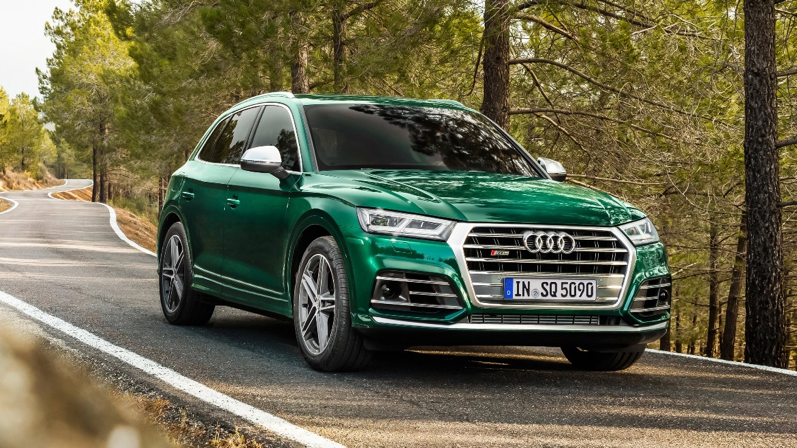 Audi’s sportier Q5, the SQ5, uses a 349 hp turbocharged V-6 engine and wears subtly more aggressive body add-ons. For something seemingly sporty, the SQ5 flies very much under the radar. The Audi also rides well, without the harshness and noise expected from a sporty model. It comes standard with Audi’s Quattro all-wheel-drive system, so it can handle any type of driving. The standard heated, power sport seats make for a comfortable ride, and there are Apple CarPlay and Android Auto functionality built into the standard infotainment system. 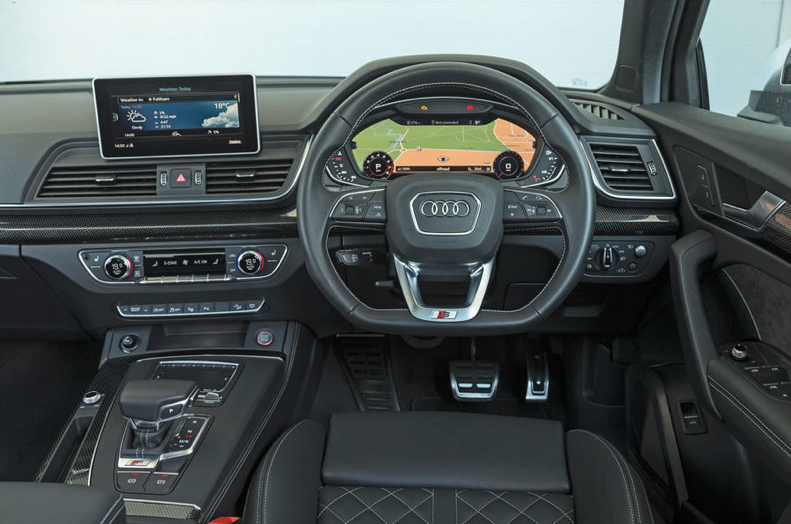 A quick guide to start. 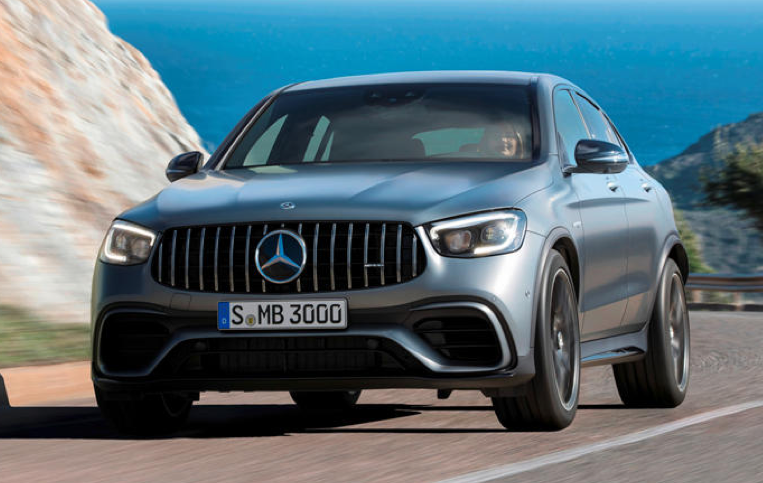 In terms of the GLC43 and GLC63 coupes, wearing the AMG badge means more horsepower and elevated handling capability over the GLC300 coupe. When it comes to the GLC43, the engine is upgraded to a turbocharged V6 rated at 385 hp. The GLC63 offers two grades of the same twin-turbocharged 4.0-litre V8. The standard rating is 469 hp while the upgraded S model boasts 503 bhp. The latter will sprint from zero to a hundred kph in just 3.3 seconds. An adjustable air suspension and huge brakes assure that the rest of the Mercedes-AMG GLC is up to the task of keeping up with the overachieving engine lineup. 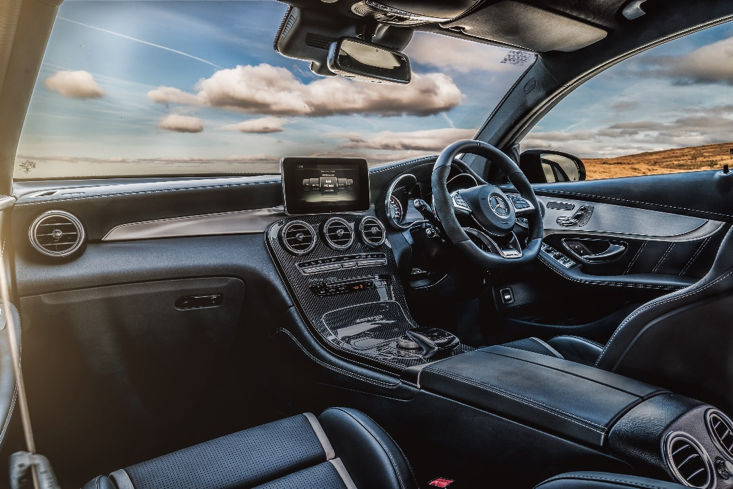 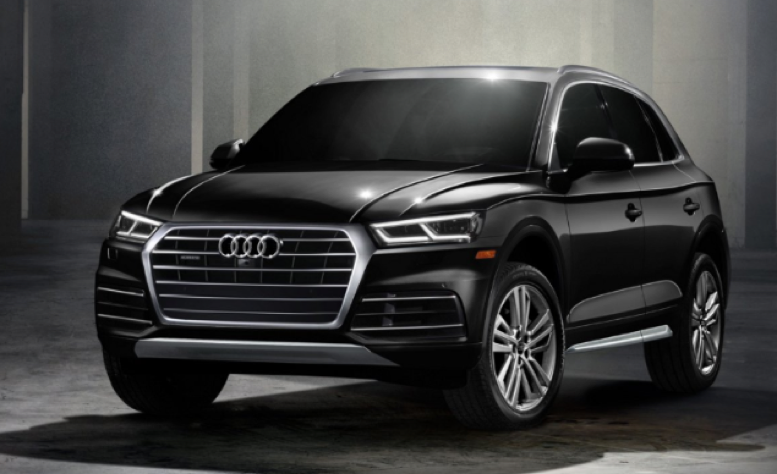 Crushingly competent is how I’d describe Audi’s Q5. It simply does everything well. From its crisp handling and well-controlled ride to its strong turbocharged four-cylinder engine, the Q5 has its dynamic bases covered. All models feature Audi’s Quattro all-wheel-drive system, so sure-footedness in slippery situations is just another part of the package. Like most Audis, the interior of the Q5 is highly functional and precisely assembled. There’s sufficient passenger room all around and the cargo area holds plenty. Some of the more compelling Q5 features, such as the virtual cockpit instrument panel are only available for higher trims, so be prepared to spend if you like such technology. 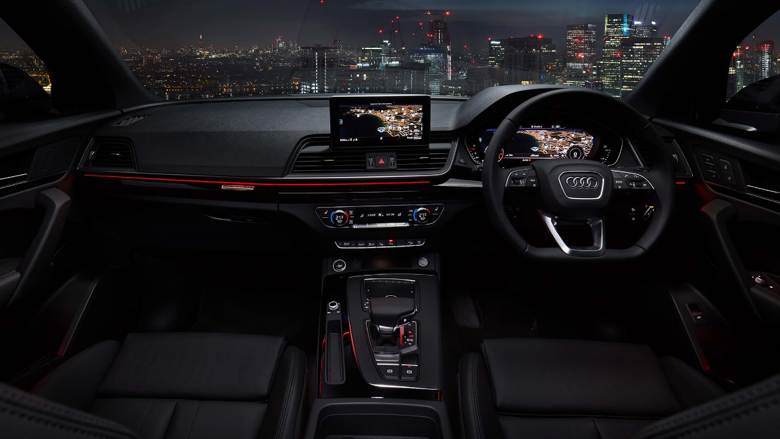 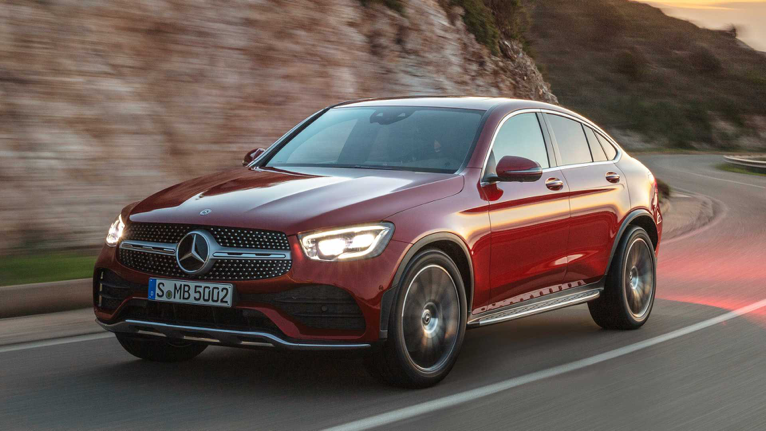 As the BMW X4 is to the X3, the Mercedes-Benz GLC coupe is to the GLC SUV. This coupe-ified version of the GLC-class boasts less interior and cargo room than the more practical GLC SUV, but the two are otherwise identical. A refresh for 2020 includes a more powerful 255 hp, 2.0-litre, four-cylinder engine, a revised front fascia, and a larger touchscreen interface on the dash. Every GLC coupe comes with all-wheel drive. (The SUV can be had with rear-wheel drive.) Mercedes-Benz’s interior design impresses with luxurious detailing and an overall expensive look. Like the X4, the Mercedes GLC coupe is a tight squeeze for rear passengers and offers even less cargo room than the BMW. This is a Mercedes-Benz for owners who prioritize style above all else, and in that regard, it performs. 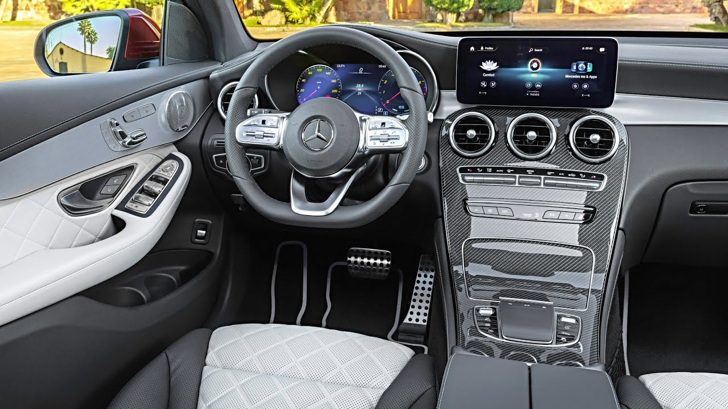 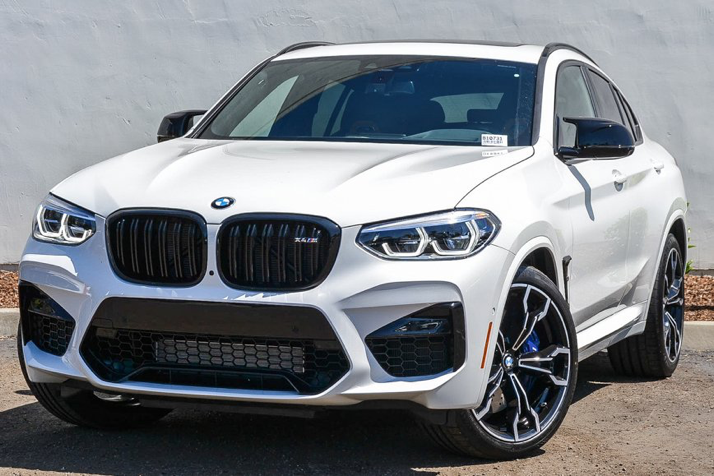 The X4 is BMW’s “coupe” version of the mainstream BMW X3, also included on this list. That means the roof is lower and sloped as it is on, well, a coupe, instead of boxy and upright as on the X3. Mechanically, the X4 is identical to the X3, so it offers a base turbocharged 2.0-litre four-cylinder with 248 hp or an optional twin-turbocharged 3.0-litre with a healthy 382 hp. Both engines run through an eight-speed automatic transmission and standard all-wheel drive. The X4 is especially quick with the 3.0-litre engine, and the well-tuned chassis is plenty up to the task of spirited driving. The biggest issue here is cabin space, as the BMW X4’s sloped roofline reduces passenger room in the back seat and limits cargo room to a mere 19 cubic feet. 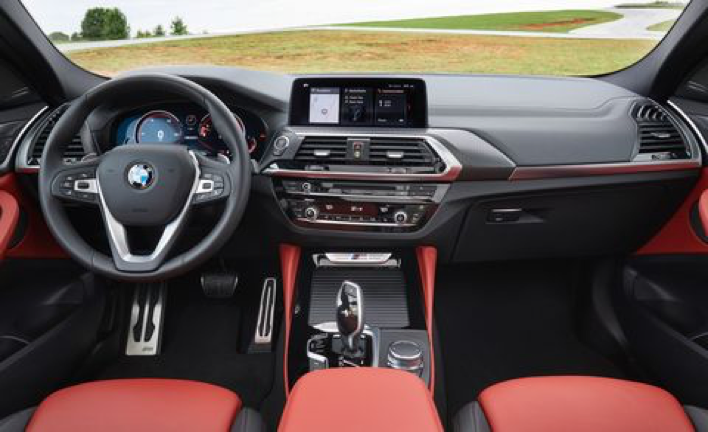 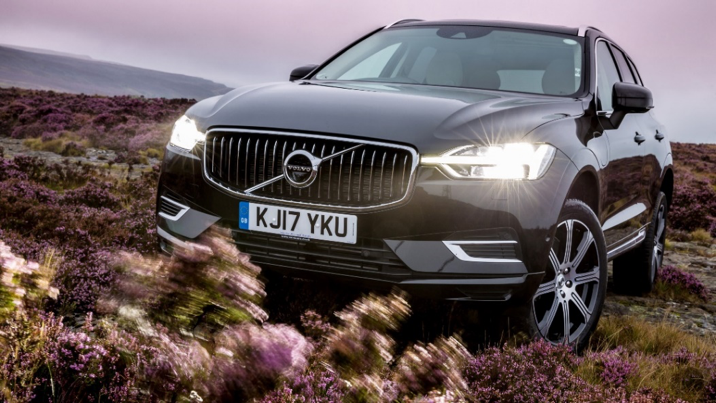 Sitting between the smaller, adventurously styled XC40 and the larger XC90 in Volvo’s renovated lineup, the XC60 predictably splits the visual difference between those two SUVs. The base version of the 2.0-litre engine provides merely adequate performance, so I’d suggest moving up to at least the 316 hp supercharged version. At the top of the lineup sits the T8 trim, a plug-in hybrid boasting up to 415 hp in the new Polestar performance trim. All versions of the Volvo XC60 come standard with a 12.3-inch digital gauge display along with real leather upholstery and rear parking sensors. 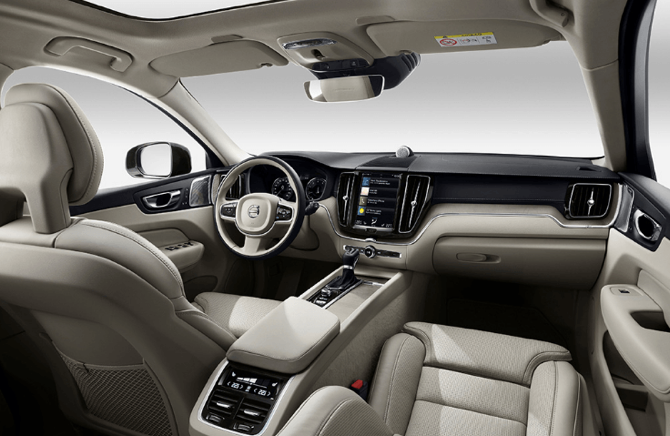 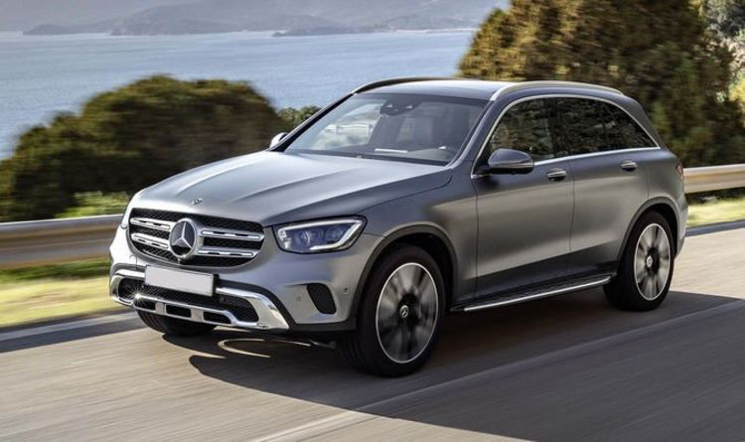 More practical than its coupe sibling, Mercedes-Benz’s GLC300 SUV nonetheless retains the model’s high-style interior and comfort-minded handling. An update for 2020 adds revised styling and a more powerful version of the GLC’s turbocharged inline-four. There’s also an updated plug-in hybrid with a larger battery and added torque. All GLCs come with a nine-speed automatic transmission and a long list of standard safety gear. An updated version of the optional 4Matic all-wheel-drive system is also new for 2020. The comfortable, luxurious and quiet interior and pleasant ride live up to the badge on the grille. Apple CarPlay and Android Auto come standard along with a 10.25-inch touchscreen interface with Mercedes-latest MBUX software. There’s plenty of passenger room, but the GLC can’t match the BMW X3 for cargo room. 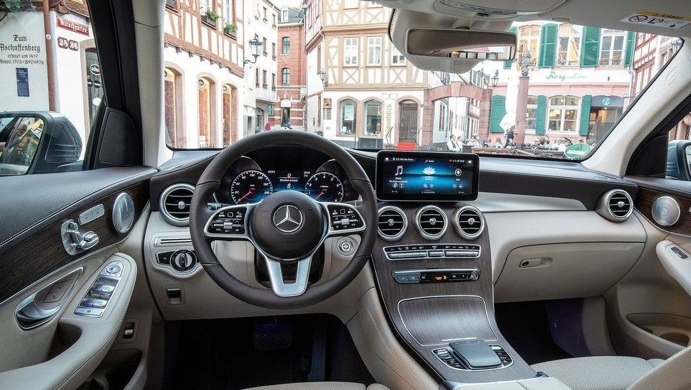 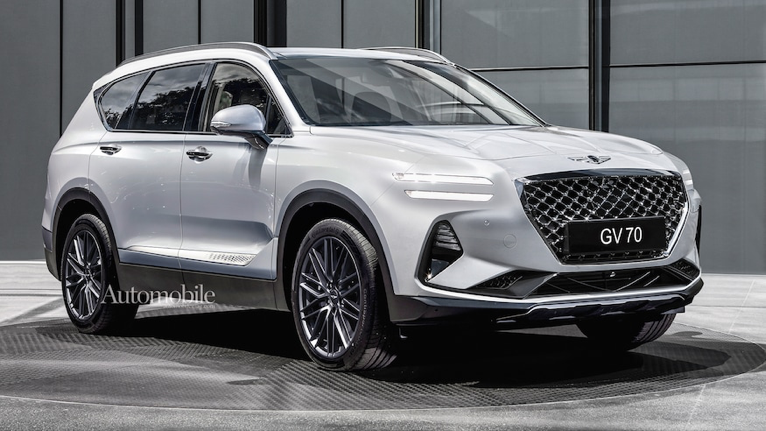 It’s been a long time coming, but Genesis is finally launching its first-ever compact SUV, which should help boost the luxury automaker’s sales considerably. Previewed by a slick-looking concept at the 2017 New York Auto Show, the GV70 is expected to go on sale in late 2020 or early 2021. It will be available in both rear- and all-wheel-drive configurations, with engine options likely to include a turbocharged 2.0-litre four-cylinder or a twin-turbocharged 3.3-litre V-6. Technical details are still being kept under wraps, but the high-performance G70 will produce 365 hp. The eight-speed automatic tranny as will come as standard across the variants. 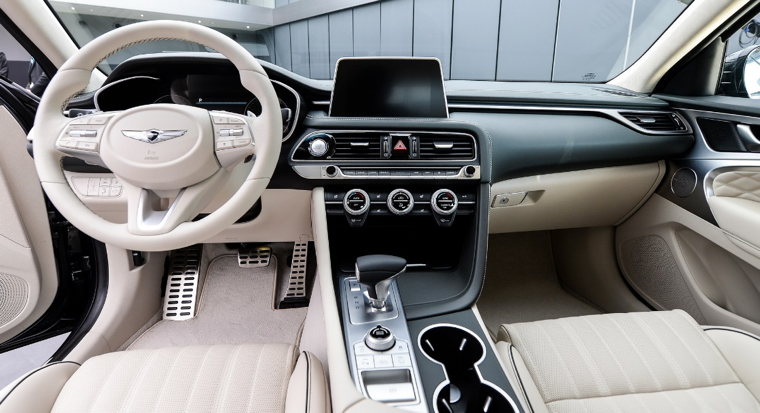 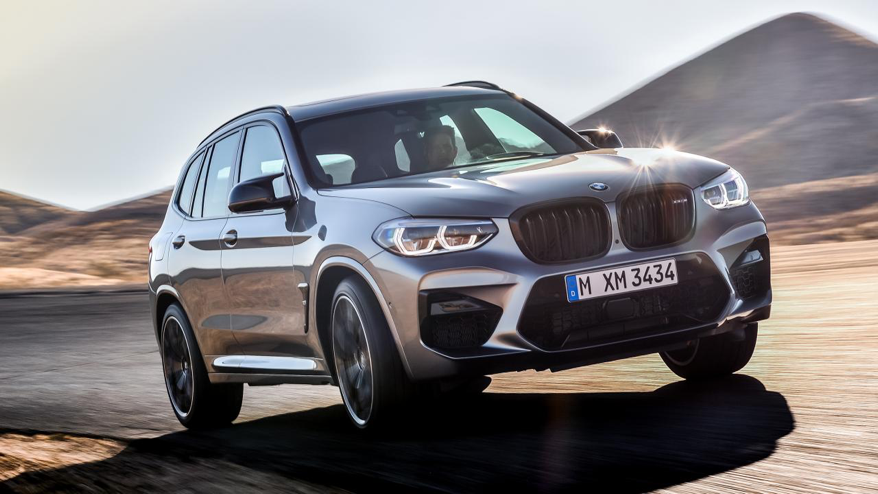 Curiously, BMW’s X3 is among the brand’s sweetest new vehicles to drive. That’s good news for buyers, who can grab a taste of BMW’s magical blend of sporty handling and everyday comfort in a useful package. There are now three drivetrain options: a 248 hp 2.0-litre inline-four (X3 30i); a 355-hp 3.0-litre inline-six (X3 M40i xDrive); and a plug-in hybrid model (X3 30e) that combines the four-cylinder engine with an electric motor for a total of 293 hp. The standard 2.0-litre is efficient but not that strong, so I suggest opting for either upgrade and more spirited performance. All BMW X3s come with nicely trimmed interiors and plenty of space, although the cargo area isn’t very accommodating. 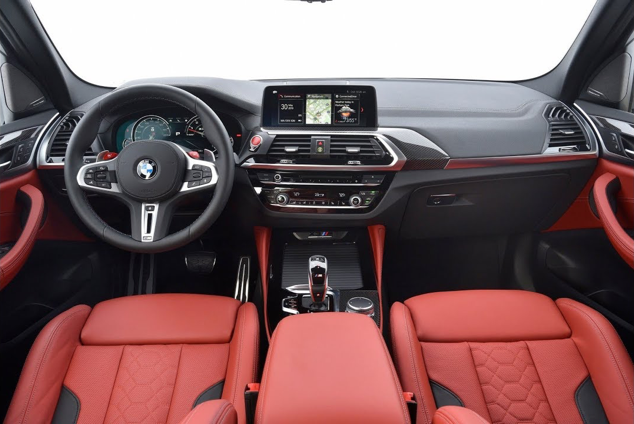 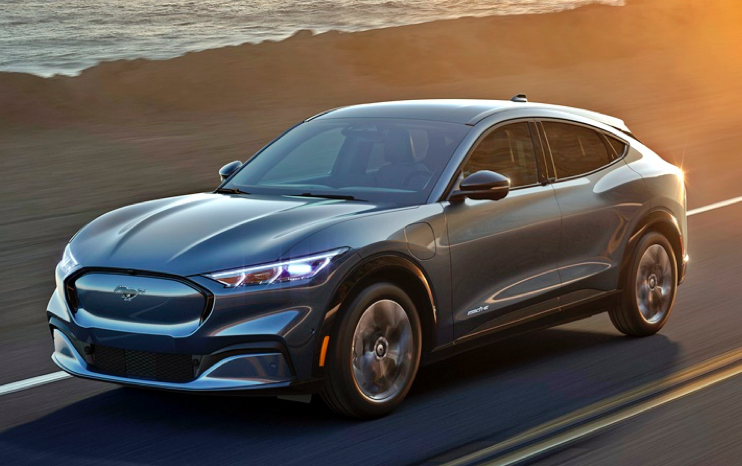 Mustang. Mention of the name brings to mind a muscle car, a legendary sports car that has tyres smoking and subjects your body to high G-forces. Times may have changed since the Mustang was born in 1965 but it has always remained the epitome of the American sportscar

So the idea of a new Mustang, which does not require petrol and instead ran on electricity, a crossover SUV design instead of a sleek coupe-style and two more doors must have had Ford’s engineers wondering what top management was thinking (or drinking). Yes, SUVs are a growing segment and manufacturers need to offer more environment-friendly vehicles, but to change an iconic model so radically? The engineers took up the challenge nonetheless and the Ford Motor Company presented us the first-ever all-electric Mustang, called the Mach-E. 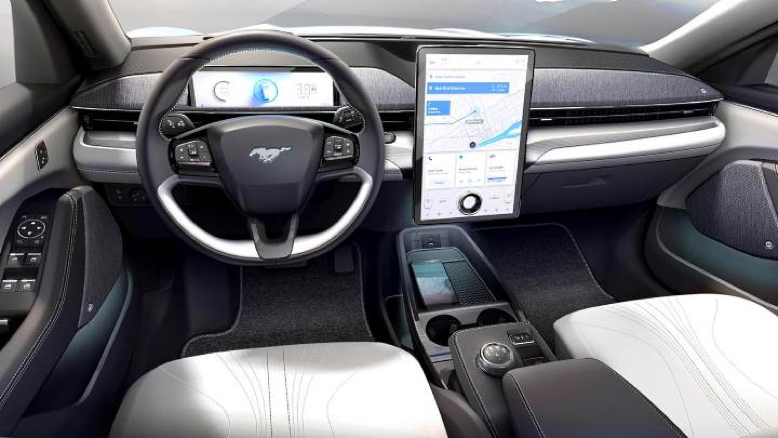 Updated in 2019, the Porsche Macan remains uncompromisingly sportiest of them all. Of course, that means it’s somewhat compromised in spaciousness and practicality, but its athletic moves more than make up for those drawbacks. It’ll go further off-road than most owners will ever ask, it’ll hammer down a twisting road with more skill than most drivers would have the nerve to test, and it’ll seat five comfortably. Few crossovers on the road deliver the kind of predictable handling, precise steering, and stunning acceleration in a package that’s otherwise so tame.

The base model Macan comes with a 2.0-litre turbocharged four-cylinder. It’s the same engine as the car it replaces, with a slight increase in peak power of 252 bhp and 370Nm of torque. Power goes to all four wheels via the same seven-speed twin-clutch PDK transmission.

Overall this is the best in the lineup. 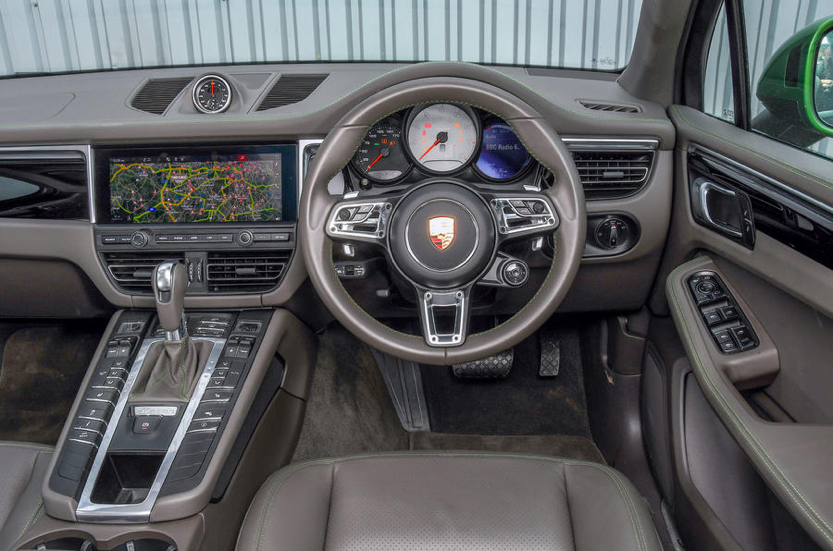 Did you miss the Jag?