Many of you who are familiar with the Hyundai brand will probably be thinking that there is already a Hyundai Genesis in the guise of a two-door sports saloon car and thus the headline must be a little dated, but read on. This is not an article about that particular Hyundai Genesis, but something a little more fundamental to the long term strategy of our friends over in Korea.

In a press launch in the Korean capital of Seoul, held on November 4th, Euisan Chung, vice chairman for Hyundai, announced that the company is creating a separate sub-brand named Genesis, to be launched in December 2015. As we mentioned, the Genesis name is currently attached to Hyundai’s flagship luxury sports saloon, and has been since about 2008, but is being turned into an overall name for a new family of cars, with up to six new Genesis models planned by 2020.

The new model line is really designed to attack the Lexus and Infinity market, primarily in the US of A where Toyota and Nissan have carved out a significant market share for themselves. Thereafter, the Genesis brand will be launched in other markets where Lexus and Infinity have done well, particularly China and the Middle East. Although it hasn’t been ruled out, the brand’s unlikely to make an appearance in the European Union or South East Asia. Well, at least initially.

So, how will a Genesis model be different from a regular Hyundai? The styling of the new Genesis models will come under a new in-house ‘Prestige Design Division’, headed by ex-Bentley designer, Luc Donckerwolke. The cars will receive a new design treatment – with a revamped version of the wing-shaped badge that is on the Genesis saloon – and a suspension tuning whereby ride comfort will take precedence over taut handling.

Each model name will begin with the letter ‘G’ followed by a number – ie. G90, G80, G70 and so on (hasn’t someone else done something like that?) – depending on the size of the car. A coupe version of the current Genesis saloon (below), a new version of the Equus saloon and perhaps an SUV or two are all believed to be the works. 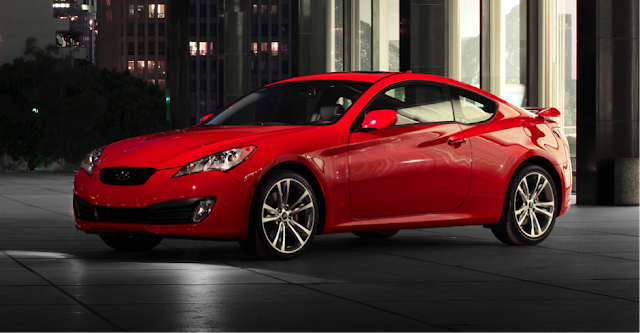 Hyundai is aiming the new Genesis brand ‘a new generation of discerning customers’, and will ‘compete with the world’s most renowned luxury car brands.’ Are they hitting the bulls-eye or missing the mark with this new marketing direction? The first Genesis model will be revealed by year-end, so we’ll find out then.