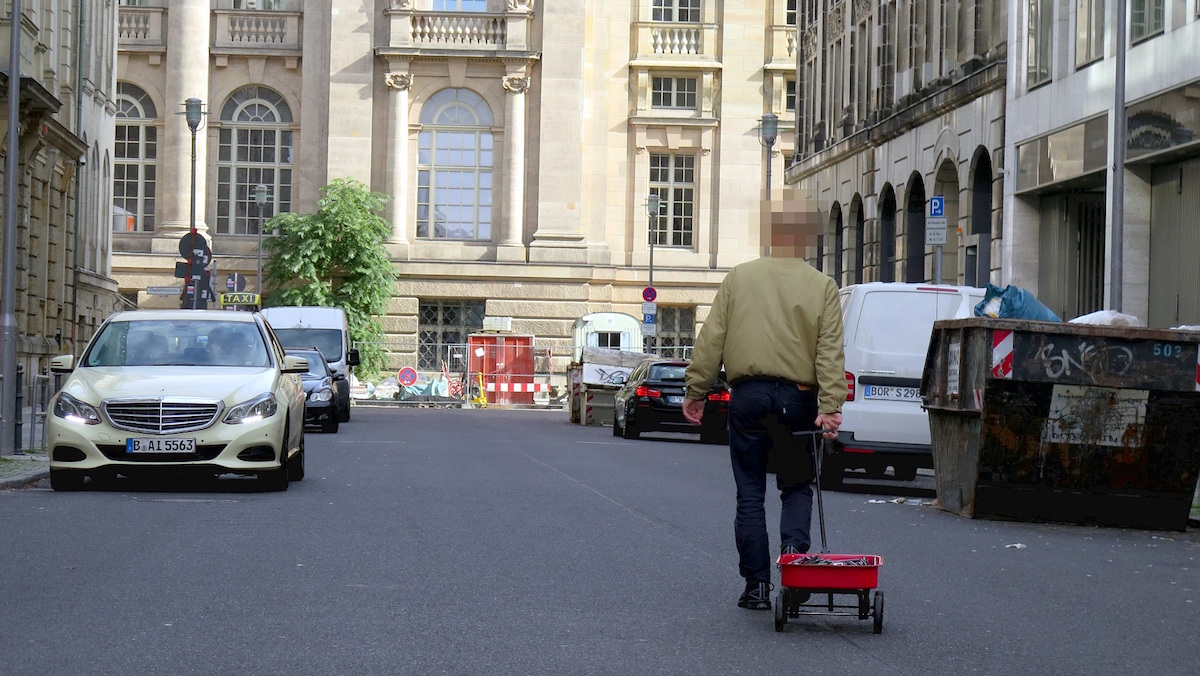 Automologist MAC is getting ideas into his head…

I don’t think traffic jams are fun. But there is an artist, who hails from Germany, who thinks they are a blast. So much so he travels the streets of his home city creating them. This would be something that would normally have me seeing red, but here comes the neat part—he isn’t creating real traffic jams, only virtual ones, and it is here where we discover the genius in this story. Because using his technique, you could easily clear your village of unwanted traffic or drive jam-free. For free (virtually).

Users of Google Maps or Waze can easily spot slow-moving traffic—they are the roads highlighted in solid red. Basically, the navigation services work on being able to gauge the speed at which all of the phones in the area are moving at and then calculating whether it is a jam or not.

For most, this is good enough, but not for German artist, Simon Weckert, who decided to create his own personal traffic jams by loading 99 phones into a little red cart and pulling it around the roads in his district, making all the roads in the area appear red and all in the name of art of course.

You don’t need any particular equipment for this particular hack, just a large number of phones. Basically, Google and Waze assume that there were 99 cars covering the same stretch of road at the same time, which of course turns the roads red in everyone else’s phone.

So, and here comes the neat part—all of the navigation apps have some sort of jam avoidance option which we all press. So, once the apps spot the ‘jam’, they route other vehicles out or away from the area. This left Weckert walking in a jam all of his own at times.

If we know how, we must know how to solve it.

For young Mr Weckert, the hack demonstrates how we have changed the way that we look at maps and thus the world. The sheer volume of other apps, such as Uber and jogging apps, all work off Google Maps and this represents a shift in how we perceive the world around us. Yeah, right.

I think he is missing the point, though. All you need is a small budget for handphones and you could easily create deserted stretches of roads or car-free suburban roads…the possibilities are almost limitless. Now, I wonder if we could get this to work along EDSA in Manila…