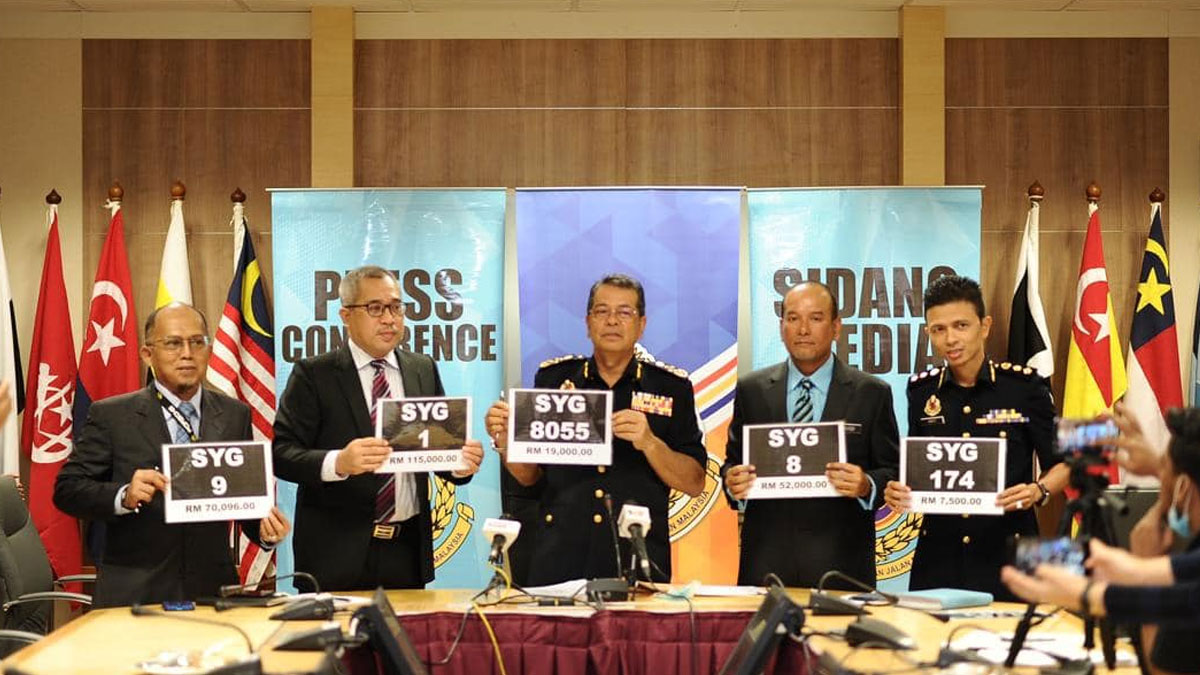 What does Automologist MAC think of Malaysians’ willingness to pay for special license plate numbers? Read until the end.

Malaysia is just like many other countries when it comes to having something unique or funny on a number plate. Of course, the lucky 888 is one of the most sought after but just recently, ‘SYG’ attracted a lot of local attention. Whilst it may not be obvious to some, there was one individual who bid RM115,000 (US$27,000) to have SYG1.

When you consider that you can pick up a brand new sedan for half that price, it is quite a staggering amount. In total, the Road Transport Department or JPJ, its local acronym, netted a cool RM3.4 million or just under US$800,000. Apparently, the winner of SYG1 was a local man by the name of Ung Eng Huat, who also bagged the SYG8 number plate for an additional RM52,000 (about US$12,000).

Apparently, the number 9 was much sought after as well, with SYG9 going for RM70,000. For those of you who don’t get it, well, I will explain. Locally SYG is short for ‘Sayang’, which translates to ‘Sweetheart’ or sometimes ‘Love’. Interestingly though, the number with the most bids was SYG 8055, which had 25 bids on it but went for a measly RM19,000.

In case you are wondering, the recent auction was nowhere near the most lucrative for the JPJ in Malaysia. That particular prize went to the MALAYSIA series, which netted more than RM13 million in revenue (about US$3 million), with the standout from the crowd “MALAYSIA 1” going for an eye-watering RM1,111,111. To me, though, it is a complete waste of money.

Including the most expensive car plate number.

SsangYong in Trouble as Mahindra Exits. Is Geely Interested?