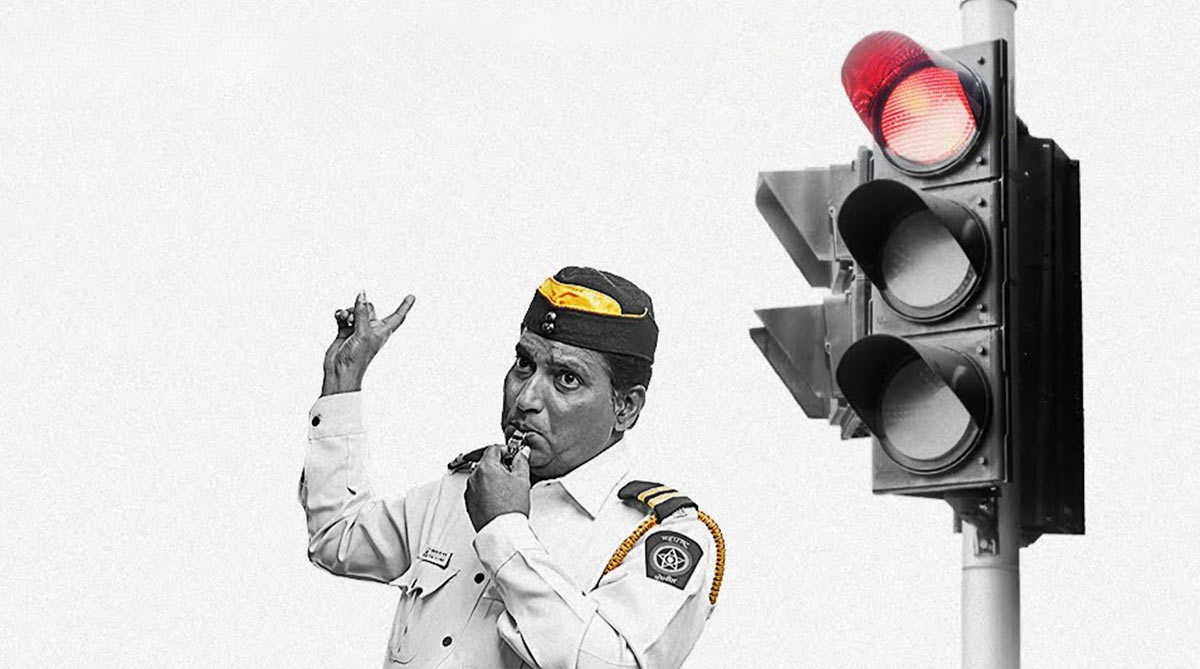 Mumbai is not just one of the most congested cities in the world and its air highly polluted, the city suffers from another kind of malaise—noise. Every day, a flurry of cars, trucks, rickshaws and bicycles chaotically manoeuver the roads, trying to avoid pedestrians and one another. Blaring vehicle horns have become the overwhelming soundtrack of Mumbai streets and a habit of their drivers.

Apparently, drivers would honk their horns at traffic signals, urging the car(s) in front to move even when the light is red—not unlike an impatient child throwing a tantrum when he is told to “wait”. Well, the Mumbai Police have had enough of this childish behaviour and is punishing those who honk their horns while at traffic lights.

The programme, which they aptly call The Punishing Signal, involves linking a number of traffic lights to a sound measurement devices. If the system detects sounds above 85 decibels while the light is red, it doesn’t allow the light to change. Signs have been erected at these intersections displaying the decibel level and the warning: Honk More Wait More.

To educate the driving public, they went one step further by creating this Bollywood-worthy video and sharing it on social media. In this, the Police are the good guys and they celebrate their victory over the errant drivers with a gleeful hand-slap. The video has since gone viral:

Now, we do not know yet how effective the campaign is, but child psychologists do tell us to not give in to tantrums or we would reinforce bad behaviour. If nothing else, the Mumbai Police has certainly garnered support from social media followers as well as Telangana’s Minister for Municipal Administration & Urban Development, Industry & Commerce, and Information Technology, who tweeted: “Let’s get this done in our Hyderabad too. Need of the hour.”

The campaign hashtag, however, is something that even we could use in our part of the world. #honkresponsibly

More in asia
Get Your Own Private EV Charger; Maybe Rent It To Your Neighbours
November 5, 2019