Has The World Gone Crackers? 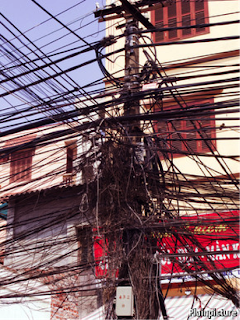 Or is fracking the answer?

Kuala Lumpur (3rd September 2013) – Malaysians awoke this morning with a collective groan when they heard the news of another MYR0.20 hike in the cost of the heavily subsidised RON95 petrol, the fuel favoured by much of the country’s driving class. Malaysians will still enjoy one of the cheapest fuel prices in the region, if not the world, but it still comes as a shock to the system.

For the owners or drivers of diesel vehicles, particularly those in Sabah, the problem has been quite acute all year with the subsidised diesel quota being exhausted before the end of each month. This has created havoc with the overland freight business, with lorry drivers routinely queuing for hours to fill up their fuel tanks. The effects of the Malaysian shortage have been felt in Singapore as well where logistic and freight companies have said that the restrictions on purchasing diesel in Malaysia will cause travel delays.

Malaysians can rest assured that they are not alone. A few days earlier, India announced that it is considering a nightly curfew on petrol pumps as an austerity move, although this was rapidly reversed after much public outcry. Throughout South Asia, daily life is punctuated by brown-outs, which analysts say will intensify unless more coherent energy management programmes are created. Vietnam saw energy demand increase by 14% a year and is now seeking USD5 billion to meet the soaring energy demands of its 90 million people; all this while it is rapidly running down its easily exploitable reserves of oil and gas and expects to become a net energy importer by 2015. Around the world, oil prices are rising and the ability of governments to subsidise oil directly has become impossible, except if you do it the Chinese way of course.

For a long time China has identified that to cater for their ever energy-hungry population, it would need to seek resources from outside of their territory. In 2012, we saw Chinese oil companies embark on an aggressive international energy buying spree. Chinese state-owned oil companies coughed out a record USD35 billion buying oil and gas assets all over the world, from Angola to Brazil. China is planning to become a major world oil producer. Thus, by subsidising the acquisition of oil reserves, China is hoping that this will cushion the effects of even scarcer oil supplies in the future. Many countries in the developing world have developed a policy of creating a ‘home-grown’ car industry to avoid dependency on foreign imports, helping to create jobs at home and lowering the cost of car ownership. China is no different; last year private car sales jumped by almost 10% to 1.51 million, a figure that is expected to double by 2019.

All of the new cars, amongst other things, add to the depletion rate of the world’s hydrocarbon reserves.  As of 2010, it was estimated that at least 60% of all new oil and gas wells worldwide were being hydraulically fractured. Induced Hydraulic Fracturing, which is its full name, is the process of injecting a high pressure water mixture into the rock, creating microfractures that allow the oil and gas that is in the rock to flow to the well head. This is typically performed in “Tight-Reservoirs”, where there is a large amount of hydrocarbon in the rock, but it cannot flow through it. In other words, the fracturing or fracking allows for greater recovery.

Of greatest significance is the ability to extract oil from shale. The presence of hydrocarbons in shale has been known for centuries, but previously there has not been a cost effective manner to extract the oil. With fracking, it is estimated that the United States could be self-sufficient in oil for another 100 years or more. The UK and France are also rushing headlong to develop new oil by fracking shale. 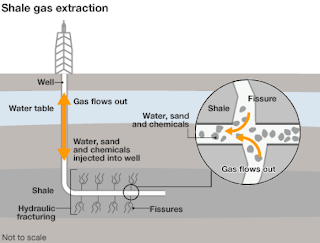 Fracking has become controversial for a number of reasons. The first being that it uses vast amounts of water, most of which needs to be transported to the site at significant environmental cost; the second worry is the use of potentially carcinogenic chemicals that may contaminate the water supply. There are also concerns that fracking can cause small earthquakes – two small earthquakes of up 2.2 magnitude hit the English seaside town of Blackpool shortly after a nearby fracking exercise. Finally, campaigners say that fracking is not a viable long term solution, but distracting governments and oil firms from developing and investing in renewable energy, and encouraging the continued reliance on fossil fuel.

Friends of the Earth campaigner, Tony Bosworth, said, “Shale gas is not the solution to the UK’s energy challenges. We need a 21st century energy revolution based on efficiency and renewables, and not more fossil fuels that will add to climate change”. Oh, and by the way, Induced Hydraulic Fracturing is not new – it was first developed in 1947.