Hamilton Wins the German GP in Stunning Fashion. A 1-2 Finish for Mercedes 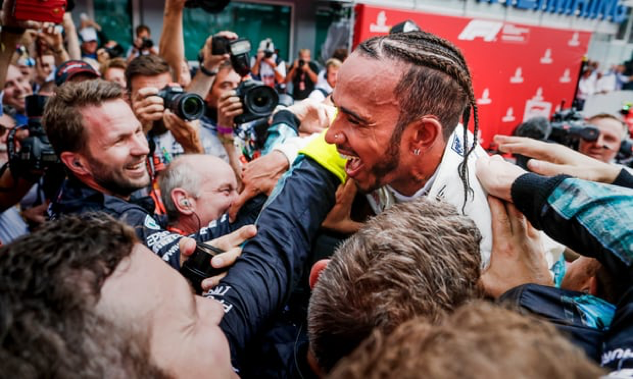 The battle for the drivers and constructors championships couldn’t be more exciting this year. With the lead oscillating between Ferrari and Mercedes, this has got to be the closest fight between the two title rivals in recent years.

Lewis Hamilton emerged victorious from the rain-hit German GP yesterday. Having started from 14th on the grid after hydraulic failure in qualifying, he fought to fifth, when a rain shower hit with just over 20 laps to go. He led teammate Valtteri Bottas to a one-two finish to lead the championship.

Sebastian Vettel, Hamilton’s main title rival who had dominated the race to that point, crashed after losing control at the Sachs Kurve hairpin in Hockenheim’s Stadium section, in front of tens of thousands of his home fans. 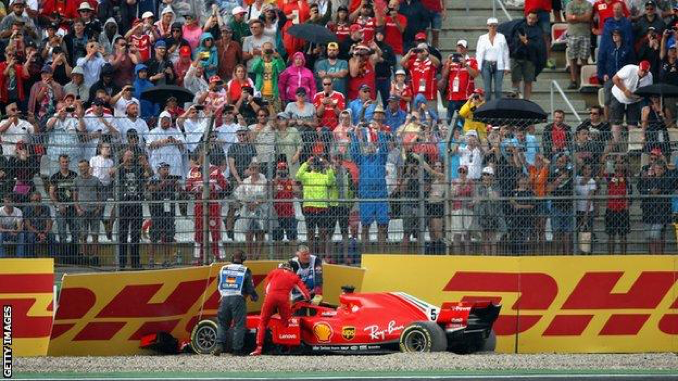 Could the pressure be getting to Vettel? Image credit – Getty Images

He pummelled the steering wheel angrily after the car crumpled against the tyre wall, the lap 52 incident bringing out the safety car.

“I had it in my hands — small mistake, big disappointment. It was just one of those moments. It was my mistake so apologies to the team. They did everything right,” said Vettel.

Hamilton took the lead as his rivals pitted following the safety car period.

After Vettel’s crash, Hamilton was leading behind the safety car from Bottas and Ferrari’s Kimi Raikkonen but had tyres that were 10 laps older. Bottas challenged him from the restart with nine laps to go, but Hamilton held him off and began to extend his lead, and the Finn was told to “hold position” by chief strategist James Vowles. 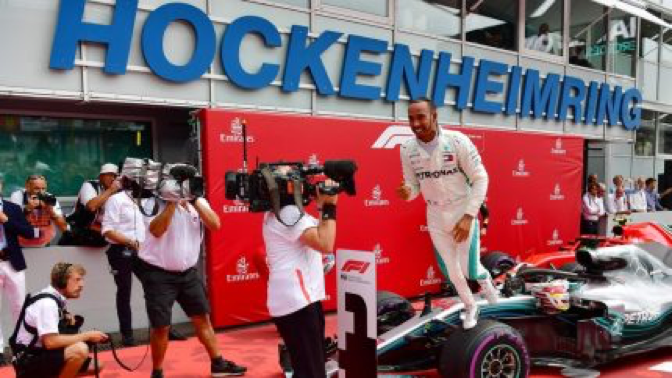 Speaking after the race, Hamilton said “I don’t remember feeling this great. I am going to try to enjoy it while it lasts. I had this dream to win and I can’t explain how it happened but I won. It gives me the confidence to know that when I go again at something, when I have a dream and a goal, I can get there with hard work.”

Hamilton’s victory saw him match Michael Schumacher’s record of four wins at the German GP and sees him inching closer to German’s record haul of 91 race wins. Given his iron will to win and an equally competitive car, we could see Hamilton overtaking the German legend.

All was not was smooth sailing for Ferrari during the race, even though Vettel started on pole, as the Prancing Horse had their fair share of team order incidents:

Raikkonen: “I’m sorry but can you be direct? What do you want?”

Clear: “Losing as little time as possible where you can, obviously, but Seb is capable of going quicker. He’s hurting his tyres and you are as well. We need to look after them.”

Raikkonen: “So you want me to… let him go? Please. Just tell me.” 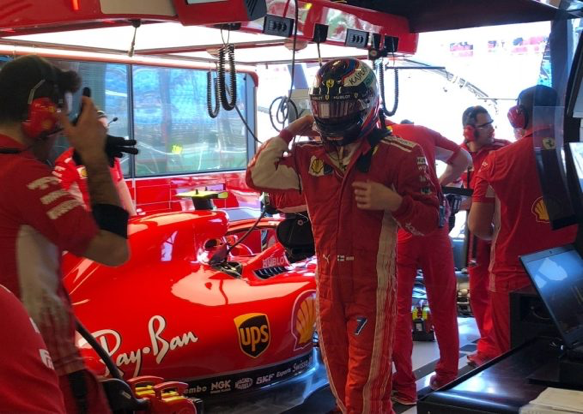 Raikkonen was his usual self over the team radio. Image credit – http://scuderiafans.com

Raikkonen still finished third while Red Bull’s Max Verstappen finished fourth, which moves him to sixth in the driver’s championship, one point behind teammate Daniel Ricciardo who retired on lap 29. The Australian couldn’t help with his cause after Red Bull opted to change a number of power unit components on his car, exceeding his limit for the season and leading to a string of penalties, which demoted him to start at the back of the grid.

Nico Hulkenberg finished fifth, his best ever finish at a German GP, in both the Nurburgring or Hockenheim. Romain Grosjean came in sixth and for the third race in a row. Force India scored points with Sergio Perez and Esteban Ocon seventh and eighth respectively. Marcus Ericsson of Sauber and Brendon Hartley of Toro Rosso completed the top ten. It was Toro Rosso’s first points at Hockenheim in a decade!

Hamilton’s win is the first time a driver has won a race from as low as position 14 since Fernando Alonso’s controversial win in the 2008 Singapore Grand Prix. 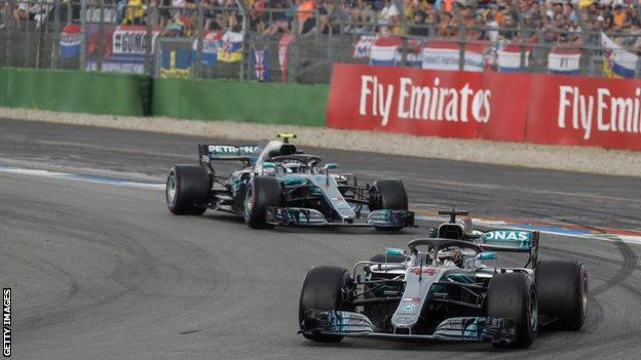 The championship leader has accumulated 66 career wins in just 219 races. He is the all-time leader with 76 pole positions. That’s 21 more than his closest challenger Vettel in relatively similar career races. Yes, you could say he had a powerful car and that only Ferrari are true challengers, and the rest of the field is just there to make up numbers. But remember, Hamilton’s teammate had a similar car and started second on the grid. To claw his way back up the field, make the decision to stay out and put in some flying laps (when others were pitting for fresher tyres) and still managing to keep his tyres in check and winning in sensational fashion – it WAS superb.

From at one point being eight points behind Vettel to now having a 17-point lead, can we bestow the world’s greatest crown to Hamilton already? Can he now take over the mantle from his idol Ayrton Senna? What do you think?