GM Puts The CREEP Into Driving 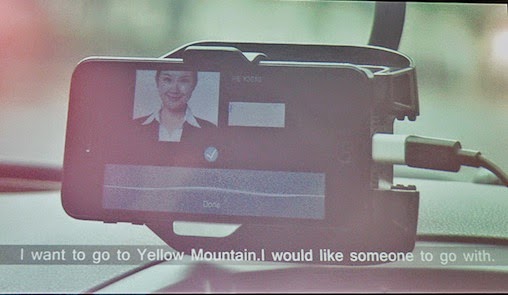 General Motors is to introduce a new mobile application – the DiDi Plate – and, frankly, it is already completely creeping us out. Basically, they are planning to launch an android smartphone app that will make GM’s customers in China completely able to utter profanities at the idiot who cut the line at the traffic lights, or worse, stalk the attractive lady in that cute little convertible. By simply scanning the license plate of a car, it will allow you to text the owner of the car.

GM’s Research and Development Director, John Du, demonstrated the new app at the Telematics Conference in Detroit earlier this month according to Computer World. At present, it is still described as a prototype app, but according to Du, GM is in the early stages of integrating the technology into its in-car infotainment system. 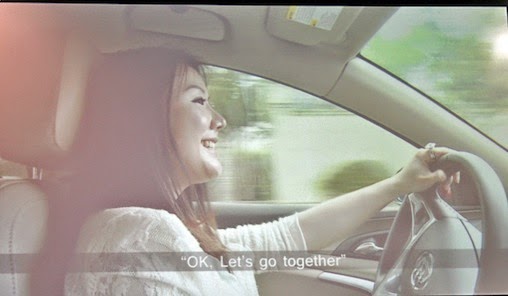 There is no information forthcoming on how the app can link a license plate to a phone number and, frankly, this all sounds a little bit like Big Brother from 1984. We can see many abuses of the system, such as if the owner is not the one who is driving, how GM will reconcile the fact that most of us don’t want text messages from ranting strangers, and if a driver becomes distracted by a text and has an accident. Of course, Du and GM believe the technology to be pretty nifty and did offer two examples of how the DiDi Plate technology could be used in a positive way. For instance :

Talk about a limited imagination. This app would definitely—if not exclusively—be put to creepy uses. Remember when we thought the Internet would make us nicer?

Reading license plates is not new technology. Anyone unfortunate enough to have travelled the roads of the UK will be familiar with the coupled yellow cameras on the slip roads, on and off all of the major highways and at areas of roadworks that calculate your average speed and then automatically issue you with a ticket if you go too fast. Many conspiracy theorists also believe that the likes of the NSA collect this information for potential future use. Now with the DiDi, the threat is that the public would also have some sort of access to these systems, something that Ryan Calo, a privacy and technology expert at the University of Washington is very concerned about. ‘The difference is that it’s in private hands,’ he said ‘with the opportunity to contact you.’

DiDi Plate is worrying others as well because it takes something the law requires drivers to display and makes it a tool others can use to track them, according to Lee Tien, a senior staff attorney with the Electronic Frontier Foundation. Most of the time, people can ensure privacy by speaking quietly, closing the shades, or locking their doors, but they can’t legally choose to not have a license plate on their cars. ‘That’s the crux of the problem,’ said Tien ‘You’re also exposing your license plate and basically who you are to everyone for all sorts of purposes.’ Whenever a new connectivity tool like this arrives, whether or not users can opt out makes a big difference. That brings up the most unsettling aspect of this technology: ‘Regardless of whether you’ve registered the app, anyone can contact you,’ Du said.

With the Snowden affair still fresh in our minds, it seems pretty farfetched that any company, let alone an American company, would even think about launching the DiDi system. Most Western societies would baulk at the idea of allowing the system to be deployed. We for one believe that we should take it out onto a large field and pulverise it until the DiDi looks like a pile of DuDu.

The Weight War – Steel vs Aluminium

More in featured
GM Reveals Electric Car Battery That Could Be A Game-Changer
March 7, 2020