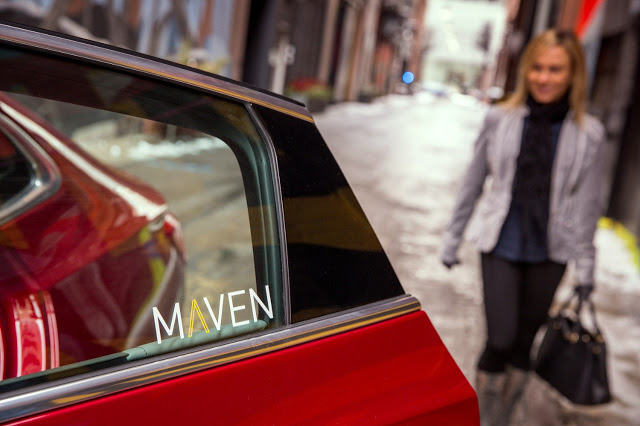 The way we get around is changing, and owning a car is losing its allure. Instead of lamenting the trend, General Motors is embracing it, and in its latest announcement, launched the company’s new car-sharing service. Maven works pretty much like ZipCar – users can search for and book a vehicle in their vicinity, using their smartphones.

“We’re seeing significant changes in the industry and we’re taking very assertive actions to put our company at the forefront,” said GM President, Daniel Ammann. “We’re following and moving with our customers. We want to be able to serve them in whatever way they want their car-based transportation.”

According to Ammann, approximately 5 to 6 million people today are using shared mobility in some way, shape or form. The company expects that number to rise to more than 25 million by 2020.

The cost of renting a car via Maven ranges from as low as US$6/hour or US$42/day, for a Chevrolet Spark or Volt, up to US$12/hour or US$84/day for a Chevrolet Tahoe. The Maven mobile app will also be used to unlock the car and start the engine, as well as customise the driving experience, such as heating and cooling control, and access to Apple CarPlay, Android Auto, OnStar and SiriusXM.

GM is certainly pulling all the stops to establish a foothold in the relatively young industry of shared mobility. Just this month, the American automaker announced a US$500 million investment in Lyft, and will join the ride-sharing service’s Board as the two scheme together to create and offer the first autonomous car network.

“With the launch of our car-sharing service through Maven, the strategic alliance with ride-sharing company Lyft and building on our decades of leadership in vehicle connectivity through OnStar, we are uniquely positioned to provide the high level of personalized mobility services our customers expect,” Amman said in a statement.

Maven will initially be made available in Ann Arbor, Michigan, focusing on the denizens of the University of Michigan. City-based programmes will be introduced later in the year, in places like Chicago and New York City. GM has tested the car-sharing idea in New York and found that the uptake was a promising 70%, which infers that residents generally embrace the opportunity to share cars with their neighbours. Moving forward, Maven will work with real estate companies to provide on-demand cars in apartments.

The team at Maven is made up of former Google, ZipCar and the now defunct Sidecar, which assets were recently acquired by GM.

Other car manufacturers are not watching the new mobility trend without having a go at it. Last year, Ford launched a car-sharing programme that is essentially an Airbnb for cars, allowing owners to rent out their cars for a certain period of time. BMW has said that it is looking into offering an add-on feature or device for its MINI cars, which will allow owners to share their vehicles.

Uber takes to the Air

Who will play Enzo?