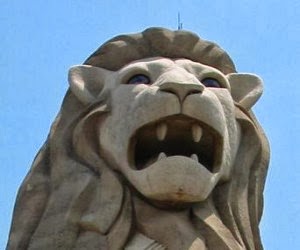 Unless you are swimming, no, drowning, in spare cash. It has gotten even more expensive to own a car in Singapore, if that was even impossible.
First, it was the loan curbs introduced by the Monetary Authority of Singapore (MAS) in February, which capped loans at 5 years and a maximum 60% margin of loan for vehicles with an open market value (OMV) of less than SGD20 000; for vehicles with OMV exceeding SGD20 000, the margin is only 50%.
Of course, there are other additional costs that just balloons the final payable amount. Let’s say you had an eye on the Toyota Camry 2.0. Here’s what you would have had to pay:
With the maximum loan of 50% spanning a 5 year tenure, the buyer would have to plonk down SGD68 383 cash upfront, and then cough up monthly repayments of SGD1247. Already, the loan curbs had aspiring car owners, car dealerships and banks gnashing their teeth and pulling at their hairs. Car sales dropped after the new rules were enforced, with most Singaporeans suddenly unable to afford the augmented upfront cash required.
Then, early this month, the COE categorisation was tweaked. Category A (Cat A) cars which had 1.6cc (or less) engines but had outputs exceeding 97kW found themselves suddenly thrown into the ring with the Category B (Cat B) big guns. Cars like the Mercedes Benz C180, BMW118i and Mini Cooper S, which previously enjoyed being the crème of the Cat A crop, are now the smaller fish in the Cat B pond.
If the move had any intention to help ease the competition for Cat A COEs, then the outcome is hardly so. The bidding that followed the announcement of the tweak, although only taking effect in February next year, saw a record rise in the premiums. COE for Cat A sold at SGD83 751, an 8.3% increase, and Cat B COE sold for SGD86 239, an 11.9% increase. The COE for the open category, which usually ends up being used for cars, climbed 8.8% to SGD87 001. The cost of owning that Toyota Camry that you’ve been eyeing suddenly rose another SGD8639.
The situation could perhaps be attributed to a rush of eager buyers for Cat A cars and fear of increasingly fierce competition for Cat B. There is also worry that the cost of owning their dream car will escalate when the new rule kicks in. In their eagerness to charge in, they themselves have caused the prices of COEs to increase. Cut nose, spite face?
Perhaps it is time that Singaporeans forget about owning a car. If they want some sort of status symbol, then maybe they should consider a Patek Philippe or a trophy spouse instead. These would probably be more practical, fun and value for money in the long run.

More in featured
How to Avoid Traffic Jams for Life – MUST READ!
February 4, 2020