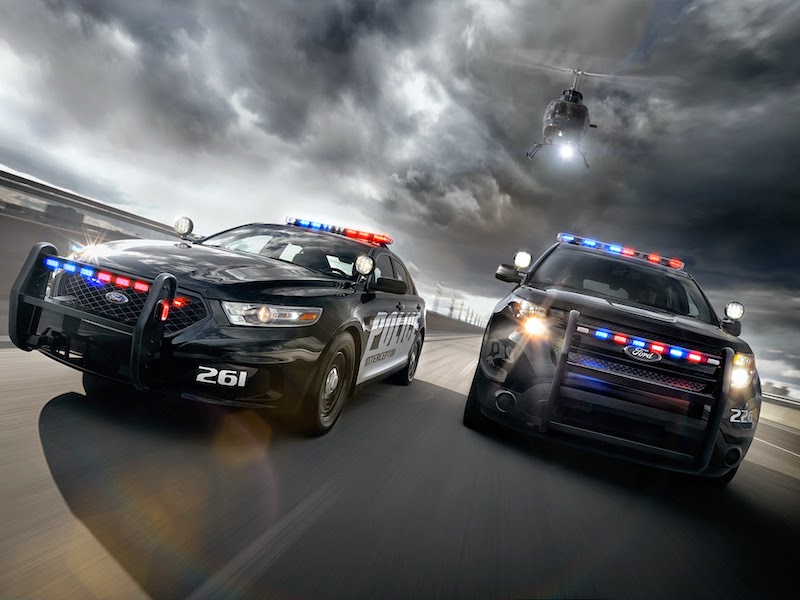 For many years, Police Forces in the US of Americaland chose the trusted Ford Crown Victoria as their preferred ride, albeit a slightly modified version. Despite the fact that the vehicle in question looks like something our grandmothers would drive and notwithstanding the additional fact that the vehicle has not been available to the public since 2007, America’s finest still loved it!

Perhaps it was that throaty V8 under the hood or the rear-wheel drive much loved by all petrol heads, or perhaps it was the easily repaired body on frame platform. But truth be told, Ford decided that the design was too long in the tooth and the technology far too dated altogether. So back in 2010, the venerable lady aka the Ford Crown Victoria was replaced by the Ford Taurus Interceptor. Of course it is no ordinary Taurus – the engine puts out 263hp from a 4.6-litre V8 and there is a twin-turbo version that can deliver a whopping 365hp.

Not to stand on its own laurels, Ford has just shown the new 2016 Ford Police Interceptor Utility at the Detroit Motor Show and criminals, you had better watch out! Powered by a 3.7-litre V6 or 3.5-litre EcoBoost engine, the car packs a whole array of clever technology designed to make the Patrol Officers’ job that much easier and safer.

Ford says that the new surveillance mode will warn the occupants of the vehicle when someone is approaching from behind and will automatically lock the doors and close the windows. Apparently this is a first for any vehicle but we can see how this could be a bit frustrating when you have your hands full of coffee cups and boxes of doughnuts. Despite being a patrol car, the Interceptor Utility is still fitted with the sort of creature comforts it offers to their civilian customers, such as blind-spot warning, reverse warning sensors and we are assuming cup holders for the aforementioned coffee.

There are two powertrain options for the new vehicle, including an EcoBoost engine for officers who want a bit more power under their right foot. The standard engine is a 3.7-litre V6, producing 304hp (227kW) and 378 Nm (279 lb.ft) of torque, while a 3.5-litre EcoBoost offers an extra 61 hp (45kW) and 96 Nm (71 lb.ft) over the standard motor. All-wheel drive is standard on all Interceptors, while a specially calibrated automatic gearbox puts all that power down.

The gearbox detects aggressive driving, such as when in pursuit, and will hold on to the gear longer, allowing a greater power delivery. This is known as ‘pursuit mode’ and when engaged is even calibrated to perform a J-turn maneuver that allows the driver to accelerate in reverse and then swing around and take off facing the correct way.

Of course the suspension has been upgraded and reinforced to make the Interceptor Utility suitable and tough enough for pursuit work, with even the frame having boron-steel inserts to reinforce the vehicle’s a-pillars, thus improving the structural rigidity and reducing body-roll.

What use is all of that power though if you cant stop it, and here Ford has installed upgraded brakes that it describes as “designed to withstand excessive use” and include extra cooling provided by the vehicle’s 18-inch wheels, which are mated to specially-designed tyres that Ford claims will last some 50,000 miles.

Unlike the venerable Crown that was actually made in Canada, the new Interceptor Utility will be manufactured in Chicago, so it will truly be a bit of American muscle.