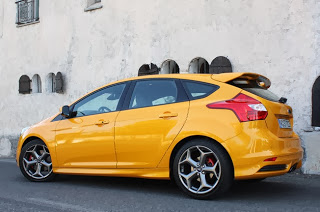 Ford has recently crowned itself as having the top selling car in the world, based on registration data gathered by the RL Polk & Co research firm. According to Erich Merkle, Ford’s top sales analyst, the automaker sold 589 709 Focuses during the first half of 2013, a 20% increase compared to the same period last year.

The success of Focus is mainly attributed to China, where sales have doubled to 202 380. If Ford Focus beat the Toyota Corolla for the whole of 2013, that would make it the second year in a row. Merkle would not mention the sales number for the Corolla, and a Polk spokewoman only confirmed that the number that Ford provided was accurate without further elaborating.

Of course, Toyota begs to differ. According to them, they sell the Corollo hatchback as the Matrix, and other almost similar vehicles under different names in other countries. Toyota claims that if all these vehicles with other nameplates are tallied up, then Corolla is the rightful winner.

Up until September, Focus sales only increased 1% to 188 654 in the US. The automaker plans to shut down one of their plants in Michigan for 2 weeks to control inventory. Corolla’s US sales are also not that chirpy although they fared better with a 5% increase in sales up till September.

More in featured
Over 3,000 Sexual Assaults Occurred During Uber Rides in the USA Last Year; Victims Are Both Riders AND Drivers
December 9, 2019