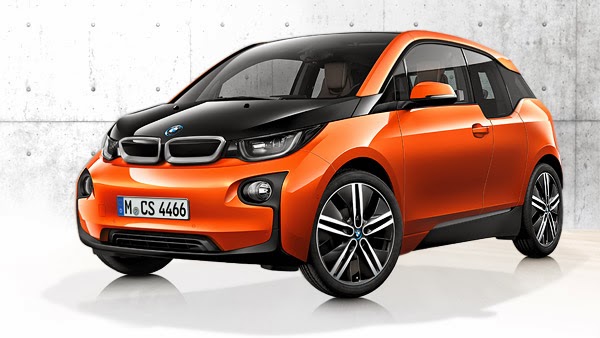 Tesla may be the darling of the automotive world now, but as more and more automakers jump onto the EV bandwagon, consumers will have more options to choose from – and cheaper ones too.

At slightly over USD40 000, environmentally-conscious aspiring car owners can own BMW’s all-electric compact car, the i3. BMW is leading the way for luxury automakers to produce fully electric vehicles for the consumer market with sales of the i3 beginning late last year. By end of 2013, the German automaker had already raked in more than 10 000 orders and will begin sales in the US early this year.

The i3 has a rather limited range of about 120 miles with a top speed of 90mph. In this aspect, Tesla is the obvious winner with the Model S capable of covering 300 miles with a top speed of 130mph. BMW addresses range anxiety with conventional means, though, in the form of an optional Range Extender, which is a fancy-schmancy name for a small 2.4 gallon combustion engine powered by petrol, not to power the car directly, but to charge the battery. The Range Extender will stretch the range a further 70 miles. To further alleviate range qualms, BMW offers a rather brilliant solution – car owners can temporarily swap their i3 for a conventional BMW vehicle for long journeys, say, a holiday – an option that Tesla cannot offer as it does not have any petrol-guzzling vehicles in its fleet.

To truly satisfy the hardcore environmentalist, BMW boasts that the production of the i3 takes place in their semi wind-powered Leipzig plant in Germany. The automaker designed the car with the end in mind – when the vehicle is finally decommissioned, 95% of the vehicle is recyclable. The material used to form the interior is just as interesting – a dashboard made from eucalyptus wood, panels from Kenaf plant fiber and leather seats tanned with olive-leaf extract, which sounds like an ingredient list that belongs more on a bottle of face cream. Carbon fiber forms the bodyshell, making the i3 extremely light at just a smidgen below 1200kg, with most of the weight on the lower portion to increase stability even at higher speeds.

The car design also features rear-hinged back doors, or what is also known as ‘suicide doors’, so nicknamed because of the danger of the door flinging open while the car is in motion. To some, however, it is yet another design aspect that makes the i3 unique.

Elon Musk, the charismatic leader of Tesla, managed to take a harmless jab yet maintaining an air of magnanimity in an interview with Bloomberg, stating that the i3 “has room to improve and I hope they do” in a show of support for the development of sustainable transport. Test reviews so far, however, are more enthusiastic about the latest EV on the block. Read Top Gear’s review here.

Tesla: We Got The Power!

What Does BMW Know That The Rest Of Us Do Not?