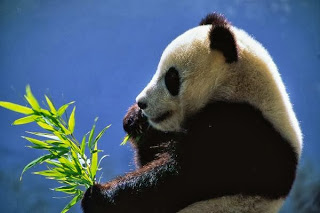 Is panda poop the next biofuel breakthrough?

On 11 September 2013, the European Parliament approved a new cap on the maximum amount of first generation biofuels that will be permitted for future usage. It is set at a cap of 6% of fuel used in transport by 2020. First generation biofuels are manufactured from crops that have been traditionally used as food, such as corn and rapeseed.

For a number of years, there has been a growing ecology movement that advocates the use of biofuels to help reduce mankind’s carbon footprint, particularly from the transport sector. However, many sceptics are now arguing that many of the so-called green fuels are not as green as they first appear to be. The growing of crops for biofuel can create scarcity in food crops which push prices up and can actually account for higher emissions than fossil fuels when you factor in the change in land use. The Euro vote is designed to stop the destruction of natural habitat and encourage the use of other sources, such as seaweed and algae.

Matt Adams makes a passionate case for the cessation of biofuel use, in a recent piece penned for The Ecologist. He states, “There are two key reasons many biofuels are more polluting than fossil fuels. First, they are often grown where there’s rainforest or other land that’s high in carbon. This carbon is released when the land is converted. Second, they displace food crops, which have to be grown elsewhere, and these food crops replace carbon-rich environments such as rainforests.”
We tend to think of all renewable fuel sources as cleaner and greener than fossil fuels but Adams maintains that “Palm oil is one of the worst offenders, grown in countries like Indonesia, rich in tropical rainforests whose trees and soil are very rich in carbon. According to estimates by the International Food Policy Research Institute, palm oil is around 20% more polluting than conventional petrol or diesel.”

These views have seemingly been backed up by a recent report from a British think tank. In it, Chatham House claimed that the use of biofuels is taking land out of food production in the EU to grow rapeseed oil. The more of this type of fuel that is put into cars, the higher the deficit in the edible oils market; this leads to increased imports of palm oil from Indonesia which is often produced on deforested land.

However, in a slightly whimsical piece published recently in the esteemed National Geographic, it is thought that panda poop may help power the vehicles of tomorrow; it is just a shame that there are so few pandas remainings.

Are We At The Tipping Point?