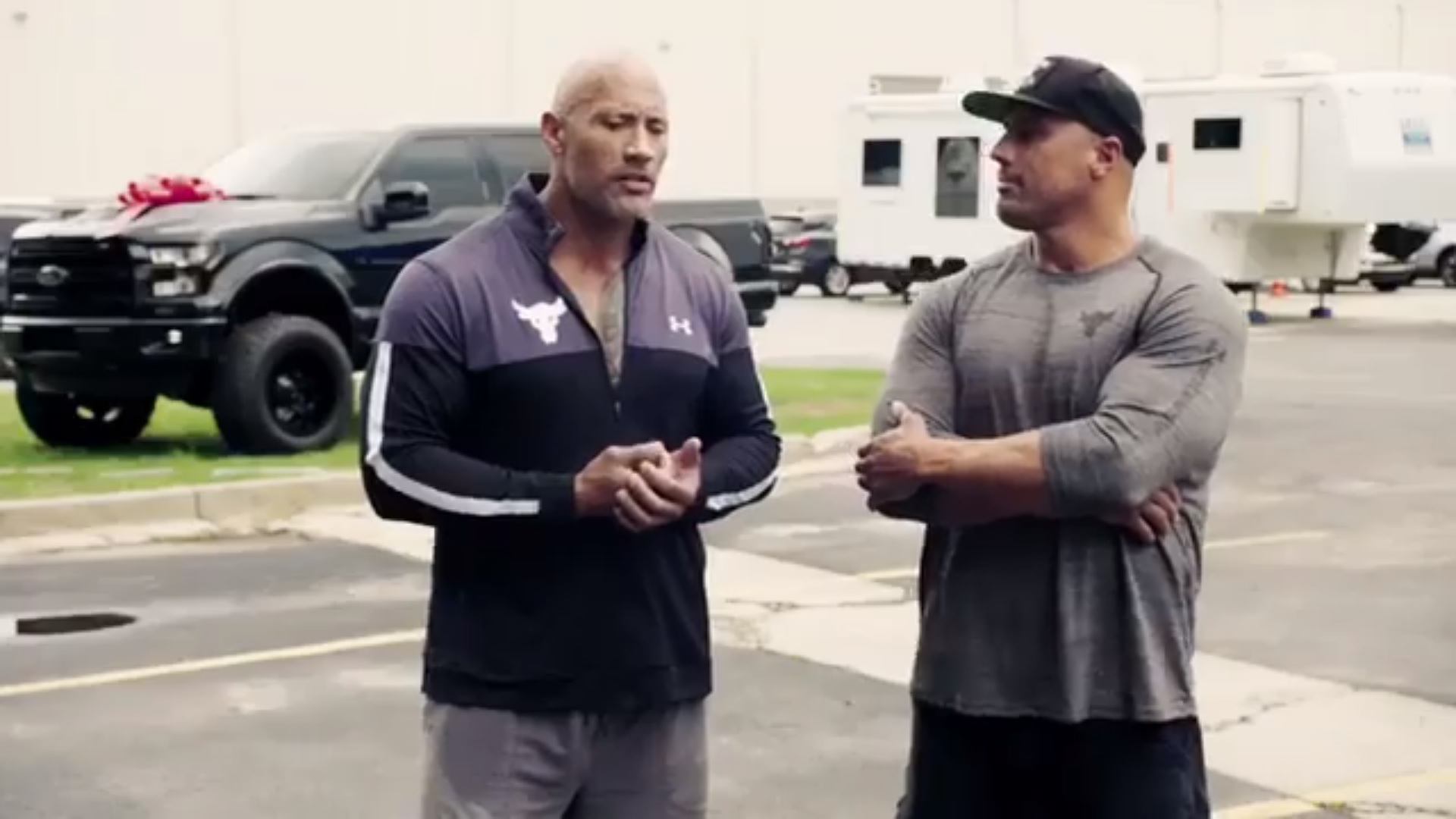 We recently wrote about a hard-working employee being gifted a car by his boss. The series of stories of gift-giving continues.

Dwayne ‘The Rock’ Johnson may be known for his ‘tough guy’ movie roles and his start as a WWE wrestler, but his fans know that in real life, he is a big softie. He clearly loves his family and friends, and appreciates those whom he works with, and that includes his own stunt double (coincidentally, his cousin) Tanoai Reed. Reed has been Johnson’s stunt double for 17 years, since Johnson’s first foray into acting in The Scorpion King. (Ugh, the god-awful CGI in that still makes this writer cringe, but moving on…)

In an Instagram post, Johnson shared that Reed had suffered multiple injuries in the course of his career, and is presently recovering from another injury gotten on the job. Nonetheless, Reed was present for what he thought was an interview about their long-time working partnership.

What it turned out to be was Johnson surprising his doppelganger (because one Johnson-type man in this world is not enough) with a new set of wheels.

Watch this IG video to see the surprise as it is sprung:

SURPRISE! I love handing over keys?? I love you brother and enjoy your new truck! Over the course of my career, my stunt double (and cousin) Tanoai Reed @samoanstuntman has broken multiple bones, severed tendons, torn ligaments & just been an overall dominating bad ass achieving several “Stuntman of the Year” honors. All done with one goal in mind – deliver the best movie possible to the world. I had this custom pick up truck delivered just in time to surprise him (he’s still recovering from a stunt injury) while we give what he thought was going to be an interview about our careers together. As you’ll see the moment I put my hands on my hips, that’s the drivers cue to pull away and reveal the big surprise. Not only does Tanoai represent our family and my career with relentless commitment and passion. He also represents an entire Hollywood stunt community that is truly the backbone of our business. Love you uso and thank you for the blood, sweat, tears and years. We’re just getting started. Enjoy your new truck! #LetsRoll ??

There is no further information about the Ford F-150 truck, but it clearly has been customised: lifted several inches, as well as donning black wheels to match the overall black exterior. It looks tough—like its new owner—and we like it.

Reed doesn’t notice the truck with a big red bow behind him.

If hard work and dedication will earn you a free car…when is ours coming? (Yeah, Boss. When?)