Dubai Police’s Latest Vehicle is Straight Out of Sci-Fi 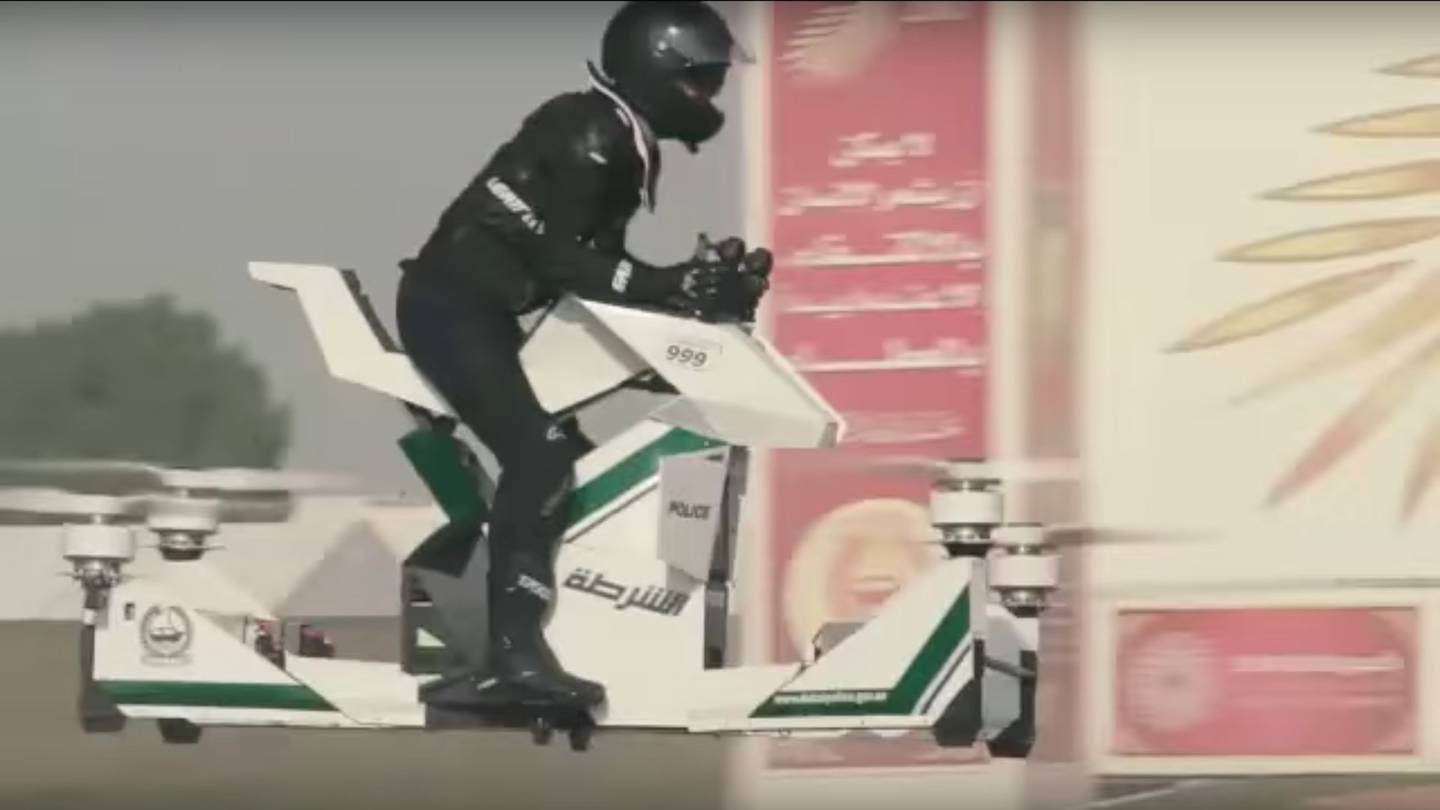 The Dubai Police have some of the most enviable vehicles in the world, namely a BMW i8, a Porsche 918 Spyder, a Ferrari FF, a Lamborghini Aventador LP700-4, Aston Martin One-77, and a Bugatti Veyron (insane!).

Now, the latest addition to the crime-fighting fleet is a vehicle that is right out of science fiction. It cannot travel as far and definitely not as fast—it doesn’t even have wheels. But it is certainly on par on the “coolness” level. Introducing, the Dubai Police’s new Scorpion hoverbike. 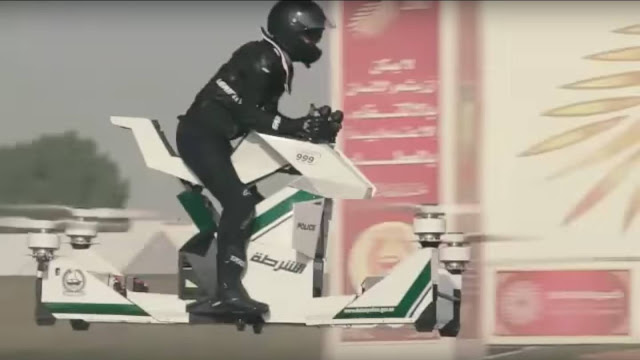 The hoverbike, which many have already liken to Star War’s speeder bikes, was built by a Russian drone company, Hoversurf. With a maximum speed of 44 mph, it is not meant for high-speed pursuit, but the Dubai Police already have a number of vehicles for that (try outrunning any of the abovementioned supercars).

It can, however, fly to up to five metres above ground and over any vehicles in the way. So, we imagine that it would do a damn fine job in pursuing criminals on foot or, as the Dubai Police intended, to get to places where conventional vehicles cannot go as quickly—in other words, a first-responder vehicle.

The hoverbike can carry up to 600 pounds, so one officer (single seat) and plenty of equipment for the task at hand. Its electric motor can only last for 25 minutes on each charge, though, so hopefully there is an electric outlet where the emergency is taking place…and also coffee and donuts, because, you know, the policeman/woman would have to wait for the hoverbike to recharge.

According to Hoversurf’s CEO, Alexander Atamanov, the company has already signed an MoU with the Dubai Police to mass produce the craft in Dubai, so if you’re in the area sometime soon, don’t be surprised to see one of this zipping by above your head!