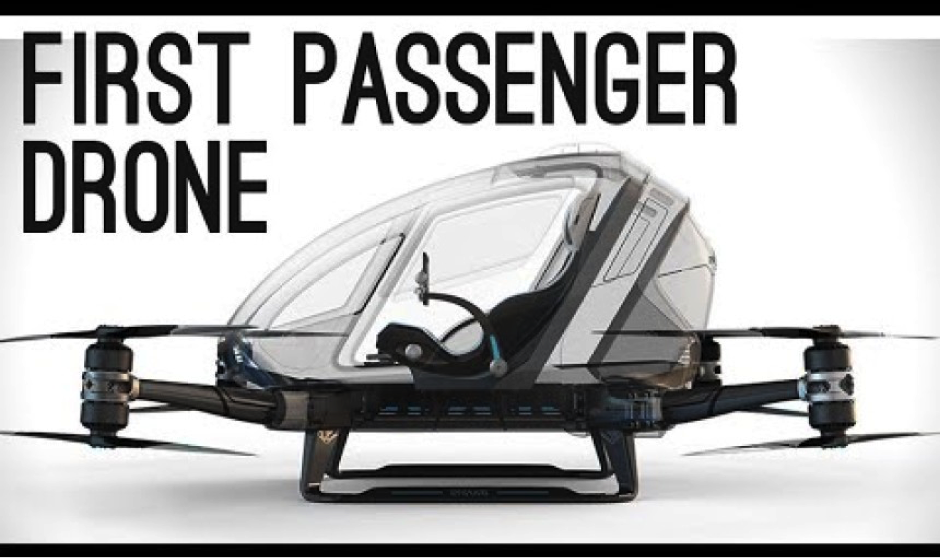 Get out the way Uber and Grab Taxi and Lyft; your driverless taxi services are so last season. Forget all the talk about self-driving Tesla’s and driving aids. The future is with us, or could be as early as July of this year, if we are to believe the news of an Autonomous Drone Taxi service to be launched in Dubai.

The plan for an autonomous flying taxi service based on a pilotless passenger drone was unveiled on Monday by Mattar Al-Tayer, the Head of Dubai Roads and Transportation Authority, who announced that they want to develop the world’s first service of the kind. The plan is in accordance with the Kingdom’s desire to have 25% of all trips around the city to be driverless by 2030, and this is probably why you will already see the boxy EZ10, manufactured by EasyMile of France, cruising the streets around the Burj Khalifa, the world’s tallest building.

There are no firm details on the what, who or where yet, but it is thought that the Chinese-made EHang 184, which has already been seen darting around the air near the Burj Khalifa, is the first choice for the proposed service. This drone is capable of carrying a load of about 100 kilos; the single passenger buckles into a race-style six-point harness, selects the destination from a computer screen in the vehicle and then sits back to enjoy the view as the drone whisks the passenger off to his/her destination.

Cruising speed is up to 160kph with a battery life of about 30 minutes – enough to cover about 50 kilometres apparently – and all controlled by 4G mobile internet. What could possibly go wrong?

The 184 is not yet cleared by the FAA in the USA, although they are testing it in Nevada at the present. But this doesn’t worry the authorities in Dubai, where there is already a thriving drone community. Oh, and one of the world’s busiest airports that has been down a number of times due to the activities of drone hobbyists.

Will the curiously egg-shaped four-legged beasty take off? Well, only time will tell, but the initiative does fit into the brave new world vision of Dubai’s ruler, Sheikh Mohammed Rashid Al Maktoum. With the EZ10 already on the streets and a deal already struck with California’s Hyperloop, Elon Musk’s mag-lev rail system, who would bet against it? Coincidentally, Musk was at the press conference and later launched the Tesla brand in Dubai at a closed event, far from the prying eyes of the global press.

Malaysia to get New Race Track

Scared America Rushes for the RV to Soothe...