This record-breaking auction price has made our Automologist MAC rethink his car-buying choices.

A Japanese buyer has just shelled out ¥88,550,000 (about US$803,706) for a clapped out old Datsun with 98,000 kilometres on the odometer. Well okay, it is a slightly desirable Nissan Fairlady Z432R, but the price makes it one of the most expensive Japanese cars ever sold.

The model, which is known as a Nissan Fairlady Z in Japan, is more commonly known as a Datsun 240Z in most other markets. This particular slightly tired version was known as the Z432R and apparently it makes the hearts of Japanese collectors beat that little bit faster. Why? Well, apparently there were only about 50 of them ever produced, which makes it even rarer than the other 420 Z432s which all lack the ‘R’, of course. Oh, and they are powered by an in-line six-cylinder 2.4-litre engine, which was seen as the first GT-R engine to be built. 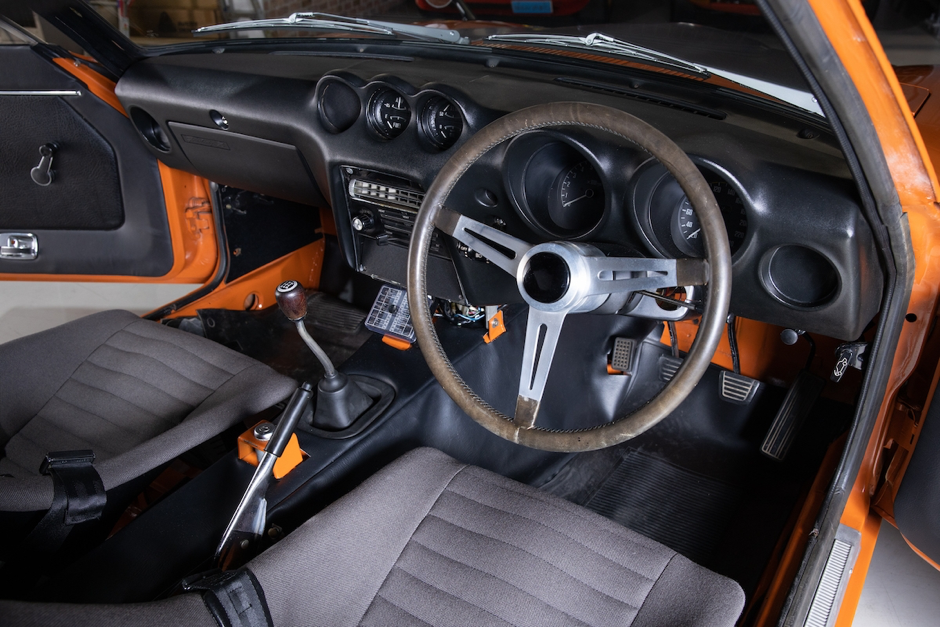 So, why is the Z432R so special? Well, it was built for racing, as the letter R in its name would suggest. Thus it was made super light with thinner body panels and a glass fibre hood, the side and rear windows were acrylic, there is no stereo or heaters or aircon and the standard bucket seats don’t even recline, which all help to reduce its kerbside weight by about 100 kilograms. Against that, the fuel tank was 40 litres bigger than a standard 240Z, with a capacity of 100 litres—good for endurance racing, apparently.

Guess what number plate sold for US$17 Million!

It went on a Bugatti Veyron Super Sport Carbon Edition.

The condition of the car was described as ‘very good’ by BH Auction House who put the car up for sale. The pictures available seem to show a slightly frayed old car. So, lets put the price paid into perspective—at the same auction, the Datsun Z432R outsold a Porsche Carrera GT and a Ferrari 250GTE.