Dikshit On The Back Foot Again! 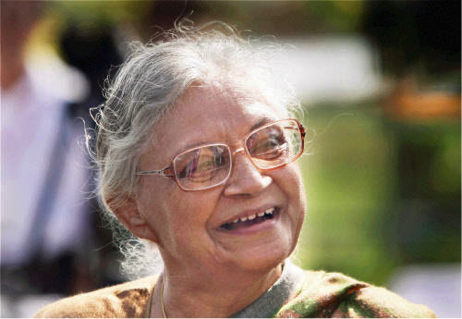 In a move that many say is long overdue, Sheila Dikshit, the Chief Minister of New Delhi, is set to double the parking rates from approximately 2 cents to 4 cents per hour. The Indian capital is infamous for traffic congestion and pollution, and has muted many initiatives to reduce the jams and smog; however, most commentators believe that the cost of parking, even with this 100% hike, is still paltry.

The announcement by Sheila Dikshit is not seen to be sufficient to stimulate private investors to build more much needed elevated parking facilities. The Hindustan Times carried a report by Paul Barter, who was formerly associated with the National University of Singapore and is a global parking expert. It calculates that parking rates would have to rise to over INR60 (about USD1) per hour before developers could get the sufficient ROI to turn expensive land into parking lots and not high rise housing.

The cost of parking is seen as one of the major challenges to cities and personal car ownership in the future. For many years, the older European cities have wrestled with the problem of being designed for horse drawn carriages yet are now trying to accommodate the motorcar. Many cities, such as London, have taken drastic measures to restrict or, more to the point, discourage car ownership with congestion charges and punitive parking fines.

However, other ‘newer’ cities have not fared much better. Singapore is famed for its Certificate of Entitlement or COE, a permit that residents have to bid for to own the right to buy a car. Chinese cities are also feeling the pinch and squeeze of congestion; in Beijing, a total of 25 000 new parking lots came on stream in 2012 yet some 700 000 new vehicles hit the streets, and the cost of parking lots had risen to over USD120 000 in some neighborhoods.

In November of 2012, real estate investors in Hong Kong started to shift their investment strategies to parking spaces; as a result, the average cost of a parking bay shot up by 6.7% to an average of over USD80 000. This is said to give a yield on investment of approximately 4.4% for a parking space against a 3.5% yield for an apartment. One report was of a space in Repulse Bay, an up-market district on Hong Kong Island, selling for some USD387 000 which is more than the cost of 2 average American homes.

In Japan, the auto manufacturers have developed a whole new market segment based around the Kei car, short for Keijidōsha (literally, light auto). This category of vehicle that includes passenger cars, light goods vans and pick-ups were designed to specifically comply with the tax and insurance regulations, and are exempted from the requirement that motorists need to have adequate parking for the vehicle.

There is still hope for the die-hard car owner; a recent apartment development launched in the Orchard Road area of Singapore delivers the owners’ cars right up to their apartments via a specialist car lift. Each apartment costs over SGD7 million and has two parking spaces, but if you like, you can book the penthouse, which has four parking bays, for a smidgen over SGD14 million.

More in featured
The Best Pickup Truck for the Philippine Terrain
June 3, 2021