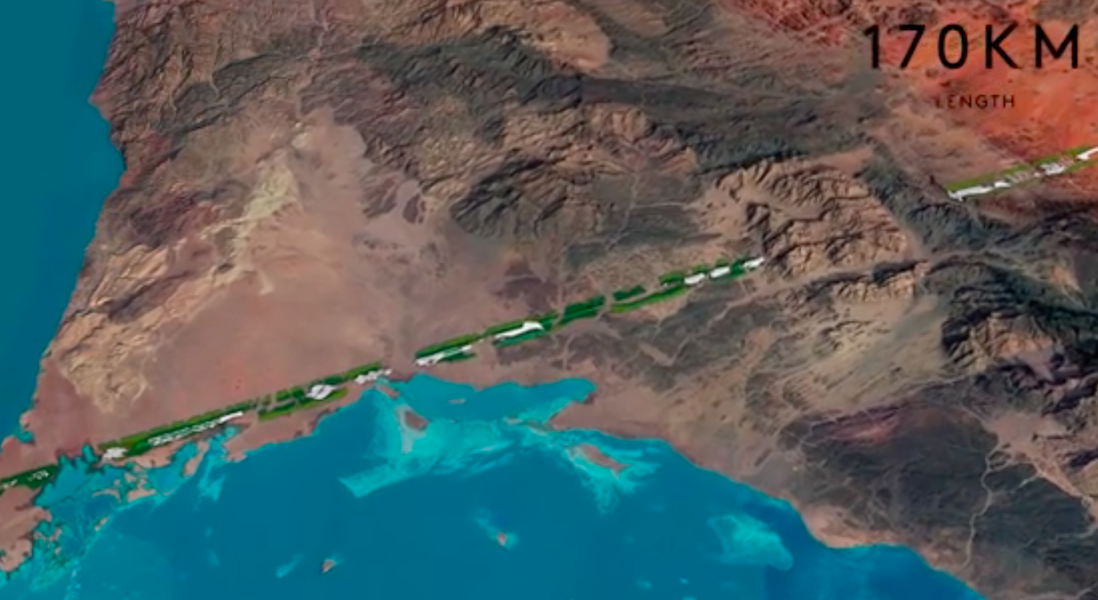 Saudi Arabia is planning a city of the future, the kind that only can be built when you have a lot of money to spare.

During a televised speech, Crown Prince Mohammad bin Salman revealed his plans for a no-car, no-road project called The Line. This will be 170-kilometre main street that connects various communities – or what the news release describes as a “belt of hyper-connected future communities, without cars and roads and built around nature” – and is part of a larger city project, Neom.

The Line will be built along the shores of the Red Sea and allow residents to go from one place to another on foot, or to reach further distances via autonomous mobility solutions, none of which are cars, or at least not the conventional petrol-powered ones. The objective is to create a city and lifestyle that creates zero emission.

According to the Prince, any journey within The Line will take no more than 20 minutes, and there will be some kind of ultra-high-speed transit available. Although there is no further detail on what this ultra-fast mode of transport is, we are imagining no average high-speed train will do – so maybe the Hyperloop, a brainchild of Elon Musk of Tesla fame, which propels passenger pods inside a depressurized vacuum tube at potentially speeds of over 800kph. And the illustration on the Neom website certainly fits the description:

Neom, meaning New Future, was announced in 2017, will cover over 10,000 square miles of remote area (read: rocky desert, barren coastlines) in the northwestern part of the country. The city of the future is expected to have 1 million residents by 2030 while creating 380,000 jobs, and is part of the Kingdom’s initiative to diversify its economy beyond oil one day.

How Would You Like To Travel Anywhere on Earth in Under Two Hours?

The SODRAMJET Could Get You There.

The 10-year US$500 billion project will be financed by the Saudi government as well as local and foreign investors, but have attracted criticism on whether it will get the funding it requires or if it is even realistic. But, let’s not forget, that’s what they said about Las Vegas too and the Saudi government has all that oil money to build their desert dreams on.