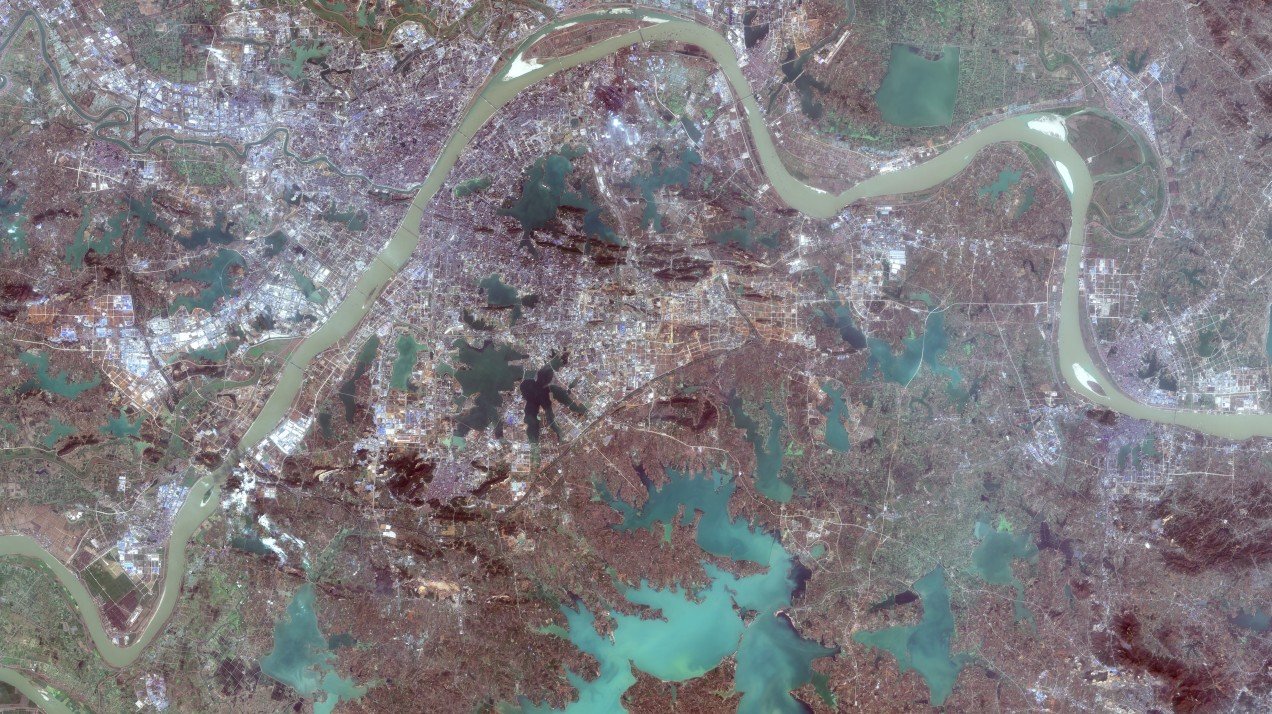 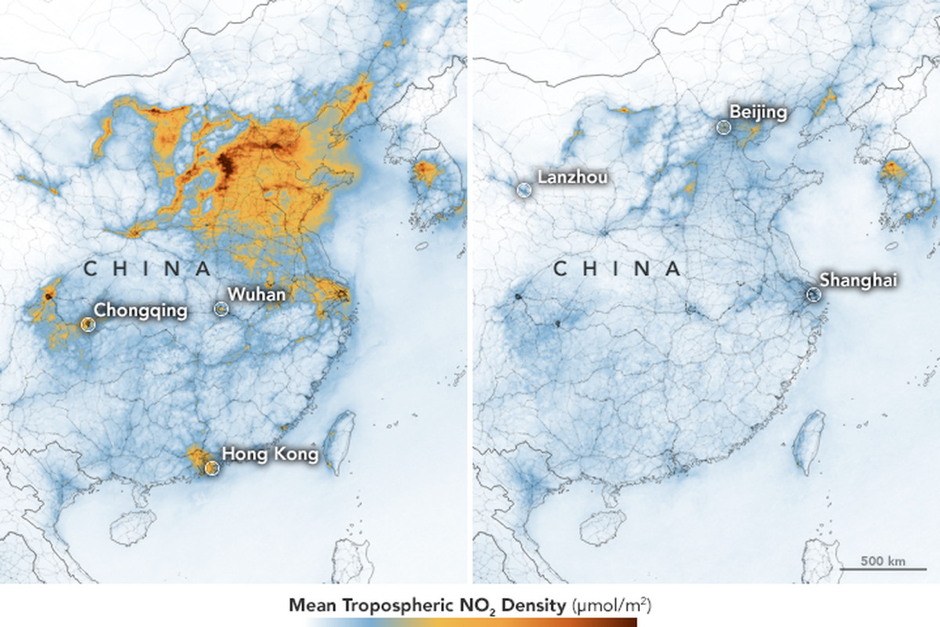 Okay, so, not the sort of headline that we have seen of late but here is the rub—the recent Covid-19 virus has resulted in shuttered factories, travel restrictions and airlines flying empty and, as a result, has slashed the amount of Nitrous Oxide, one of the most dangerous of the greenhouse gases released when fuel is burnt, since the outbreak started. The result is even more marked for Wuhan (maps below), whereby maps produced show the area last year blanketed by health-threatening levels of NO2. Take a leap forward in time to this year and the same area shows a very different picture to last year. 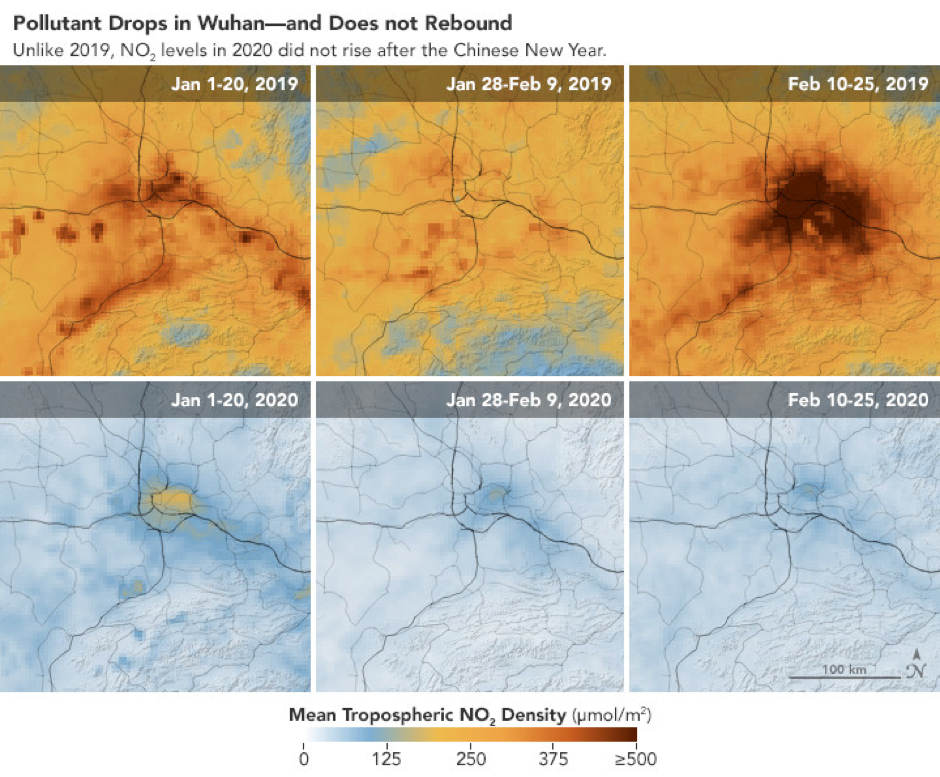 The global quarantine (guys, lock-downs are what you do to prisoners who have been misbehaving) will very possibly save more lives than the Covid-19 virus takes—well, according to Francois Gemenne of the Hugo Observatory, which is a research centre that focusses on the interactions between environmental change, human migration and politics.

“Strangely enough, I think the death toll of the Coronavirus at the end of the day might be positive, if you consider the deaths from atmospheric pollution,” said Gemenne.

So, what he is saying is that because daily life has been severely disrupted and draconian confinement practices have been put into place, the number of lives that are spared from dying due to pollution will exceed those that die as a result of the pandemic.

In China, it is estimated that over a million people die every year due to atmospheric pollution. It is not just in China where people have a hard time due to pollution–the USA estimates that about 100,000 people a year die due to air pollution and in France, where there was a policy to encourage people to drive diesel burners, has about 48,000 deaths.

Cow Are Worse Than Cars For The Environment

Cow farts are the worst.

The World Health Organisation believes that the global figure is about 7 million deaths per year from air pollution and it is the burning of fossil fuels that get the bum-rap from that particular organisation. Of course, there are other sources of pollution that contribute, such as Cows Farts, but you would have to be pretty dumb not to recognise that the world has to do something about its addiction to fossil fuels, and do it pretty darn quick.

Of course, it is still a matter of conjecture on how many people may be infected and die as a result. A lot of experts are currently comparing it to the 1957 flu outbreak which killed about 1 million people. It is fascinating to watch the world react with measures much more severe than those that we are willing to implement to stem the march of global warming.

If You Could Choose, Which Compact Luxury Crossover or SUV Would It Be? - Part 1

Construction of EV-Only ‘Filling’ Station Commences in the UK