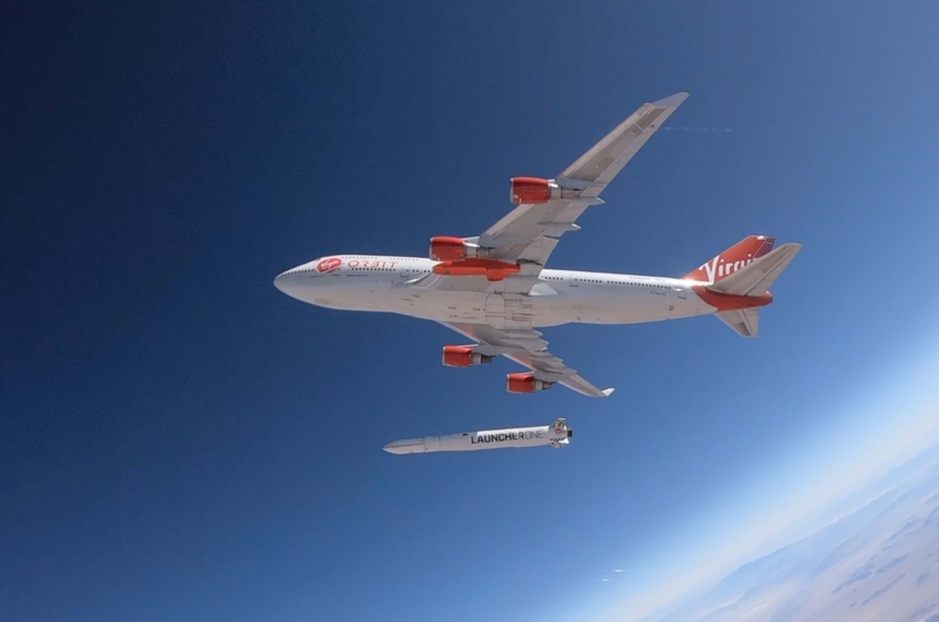 What is Dickie really up to? Automologist MAC brings us more details. 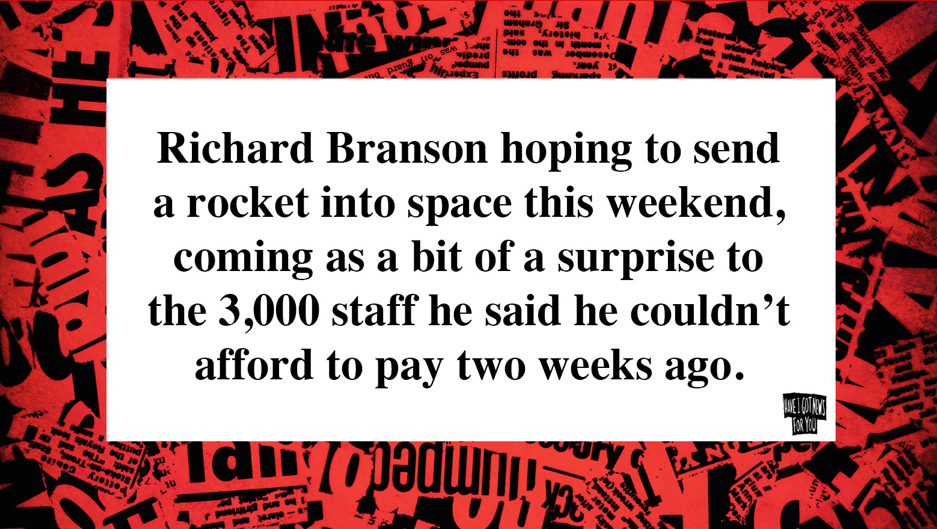 The news that Richard Branson is hoping to send a rocket into space this weekend comes as a bit of a surprise to the 3,000 staff whom he couldn’t afford to pay two weeks ago, as posted by a well-loved British satirical TV programme called Have I got News for You. The programme is notoriously irreverent to politicians and prominent businessmen alike, and for now have gotten their teeth firmly into Richard Branson, the founder of various companies that include Virgin Atlantic Airlines and Virgin Galactic.

For those of you who follow the news, for the past few months, Branson has been getting a lot of flack after announcing that he cannot pay staff and would rather like a bailout by the British government. Richard has of course been famously fighting a twenty-year war with British Airways—you know, that other airline that operates out of Heathrow—during which time he actually said that “loss-making and losing airlines should be allowed to go to the wall”.

So now, on May 24th, the Virgin Orbit plans to launch for the very first time. Apparently, there will be a four-hour window of opportunity on Sunday and then also on Monday for them to launch demo missions. Virgin Orbit is a low earth orbiter capable of carrying a 500kg payload and will be dropped off a modified 747 called the Cosmic Girl. The spacecraft called LauncherOne has been dropped from the Cosmic Girl before (watch the video here), but this time the engines will fire up and from the 35,000 feet launch height will make its way into space.

Virgin Orbit is separate from Branson’s Space Tourism company called Virgin Galactic. Virgin Orbit is a commercial satellite company that already has a USD35million launch contract with the US government. To be fair to Tricky Dickie, though, he is trying to keep Virgin Atlantic afloat using his own resources. He has already sold off USD41 million of stock in Galactic and allegedly plans to sell off another USD400 million, which will be used to support its “portfolio of global leisure, holiday and travel businesses that have been affected by the unprecedented impact of Covid-19”, according to a company statement, that is.
This will amount to about a 20% sell-off and will be on top of the USD250 million that he has already pumped into his tangled web of companies.

Of course, he has famously offered his home, Necker Island, as collateral to save Virgin Atlantic and Virgin Australia from collapsing. This may cause a problem for him long-term though as technically Necker Island is his home and not the UK, so he does not pay UK tax. Lose the Island, lose your tax-free status, Richard? I am absolutely sure that ol’ Tricky Dickie will not go down without a fight.

More in featured
If You Could Choose, Which Compact Luxury Crossover or SUV Would It Be? – Part 2
March 17, 2020