Bianca Bustamante is Poised to be the First Filipina Ferrari Driver 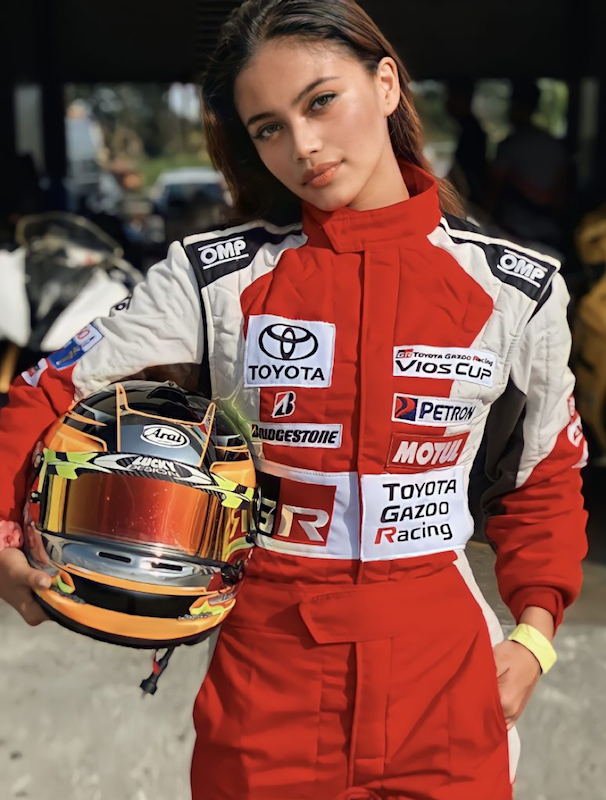 Bianca Bustamante is the only Asian karter among 14 chosen to join the “2021 FIA Girls on Track – Rising Stars Global Scholarship Shootout”.

Not long after several Filipina athletes brought home gold and silver medals from the Olympics, another Filipina is eying international recognition. 16-year-old race car driver, Bianca Bustamante, is among 14 participants in the “2021 Federation Internationale de l’Automobile (FIA) Girls on Track—Rising Stars Global Scholarship Shootout” that will be held in October 2021 in France. Bustamante is the only Asian in the exclusive group selected for this prestigious scholarship by the FIA Women in MotorSports Commission, which aims to promote young women in motorsports. So, Bustamante could be on her way to becoming the Philippine’s next Formula racer.

This program was organized by FIA together with Scuderia Ferrari’s world-renowned Ferrari Driver Academy, which has produced Formula One drivers like Ferrari’s Charles Leclerc, Red Bull’s Sergio Perez and Haas rookie, Mick Schumacher, among others.

Bustamante will test her skills at the famous Paul Ricard Circuit, where the FIA French Formula One Grand Prix races are held, for the shootout’s first challenge. Bustamante and the 13 others will conduct various race tests at the circuit in this three-day shootout, with the eight best performing drivers selected to attend FIA training camps. From there, they will head to Fiorano, Italy for final tests in Formula 4 cars. The winner will be enlisted into the Ferrari Driver Academy with full race scholarships.

Racing is part of Bustamante’s DNA as she started racing at the age of 5 and has won multiple karting championships across Asia; her achievements include being a 4-time winner of the China Grand Prix Kart Scholarship, 3-time Macau International Kart GP Champion, 2-time Junior Asian Open Championship Overall Champion and Philippines National Junior Karter of the Year. In 2018, 2019 and 2019, the Automobile Association Philippines (AAP) named her the Philippine Driver of the Year in Karting. AAP is the only FIA affiliate in the Philippines and is authorized to sanction all four-wheeled motor sport events in the country.

AAP Motor Sport Division Chair, Mandy Eduque, said, “We’re very proud that Bianca was selected for the FIA Girls on Track Shootout. She has been among the consistent awardees during our AAP Motor Sport Awards. We’ve seen her grow in karting. We hope the best for her and we’ll be rooting for her to get the Ferrari Driver Academy scholarship. We hope that more girls will be inspired by Bianca’s achievement.”

Bustamante now plans to transition to professional Formula Racing and elevate her racing career to the next level. A motivated Bustamante said, “I am so proud to represent the Philippines in this competition and to be the only Asian driver selected is an added bonus, but also adds a bit of pressure to represent the Asian region against the global field. I will continue to train hard leading up to the event and do my best in France.”

More in featured
Is Tesla Having Trouble Paying the Rent?
April 16, 2020