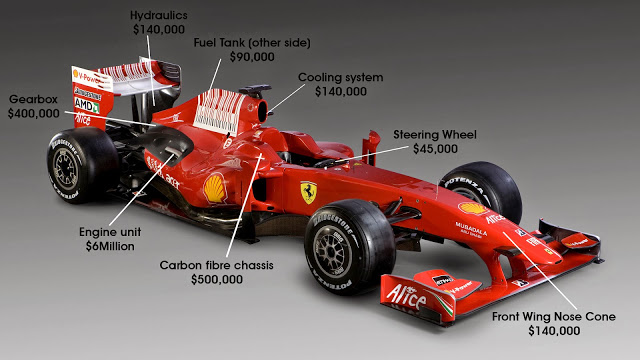 Crisis? What crisis? Bernie Ecclestone has publicly denied that there is a crisis within F1 following the collapse of the Caterham and Marussia F1 teams in the past few weeks. Speaking to reporters at the Interlagos circuit, home of the Brazilian Grand Prix, last weekend, the 84-year-old Briton who ‘owns’ the commercial rights to the series, said that the sport is not in trouble – just a couple of teams are and that teams “come and go”.

In what can only be described as a vintage Ecclestone diatribe, he was quoted as saying, “Don’t spend as much. Try to run your company in a very sensible way, which companies have to do. Cut your expenditure to meet your income. Don’t spend as much as you like and hope somebody is going to subsidise you.” Which is of course pretty obvious, but is it realistic in a world where an engine costs US$6 million and the steering wheel a cool US$45,000. It is hard to see how Ecclestone’s words of wisdom could be described as anything short of condescending.

Caterham administrators are trying get the team to the season ending Abu Dhabi race and have launched a crowd funding exercise aimed at raising US$2.35 million from fans, which we assume is the cost of getting the team and cars to the circuit and home again. Bernie was rather dismissive of this idea when he said “It’s up to the fans if that’s what they want to do, maybe people will put investment in the team…. I think it’s a disaster”.

Ecclestone is described by Forbes Magazine as one of the richest men in the UK, with an estimated fortune of US$4.8 billion. Not bad for a lad that left school at 16. Most of his wealth comes from his control and sale of the television rights for F1 and it is from here that the teams earn the bulk of their money.

After the lights went out at the Interlagos, Vijay Mallya of Force India said, “How do we know how long this discussion will take? Bernie recognises that the three smallest teams require finance in one form or another. Something needs to be done. What needs to be done, even he hasn’t got a clue. It’s unlikely that progress will be made in a short period of time.”

Ecclestone’s reply continued his austerity message: “The teams have a contract. They get paid what they are committed to get paid. It’s £50 to 60 million a year or something. They want three times more, and not do anything different to what they’re doing. What they don’t understand is that only one team’s going to win. It’s always been like that. The problem is simple. Some people have been spending more than they’ve got. It’s very easy. If you spend more money than you’ve got coming into your pocket, you’re in trouble.”

It is thought that Ecclestone is concerned that Force India, Lotus and Sauber may all fall victims of the cash crisis in F1 and is in fact proposing a one-off payment to them from commercial rights money that he controls to help them survive. Race insiders believe some of the money for the bail-out could come from the prize money that would otherwise have been paid to Marussia and Caterham for the 2014 season – US$58 million (£36.5m) for Marussia and US$10 million (£6.3m) for Caterham.

Ecclestone said he could not give Marussia and Caterham an advance on the payments they would have been due for this year to help them survive because “we are not allowed to support one team in any way over any other”.