Berjaya Gets HR OWEN After All 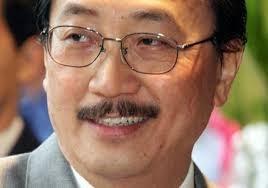 After weeks of tussling, it looks like it is all done and dusted for HR Owen, the luxury car sales company listed on the London Stock Exchange, as Berjaya Philippines Inc announces that their cash offer has been declared wholly unconditional. Berjaya Philippines, Vincent Tan’s Philippines incarnation of his ever-growing empire, is now the beneficial owner of over 50% of the issued share capital.

The initial approach from Berjaya Philippines for HR Owen hit the news in mid-July this year when the former made a GBP32.5 million bid for the company, which was equivalent to 130 pence per share; in comparison, Jonathon Walden, the Chairman, had earlier bought 100 000 shares at just 114 pence each in May. The initial offer was rejected out of hand by the board of HR Owen who seemed to make disparaging remarks claiming that 130 pence per share was “unacceptable” and that Berjaya was not “posh” enough.
Berjaya Philippines increased their offer to 170 pence per share and increased their stakeholding to 47% by 16 September, and it was at this point that the board of HR OWEN recommended that its shareholders accept the improved offer; at which time, the shares were trading at 167.5 pence, a 53 pence increase over the May trading price.

When the dust settles, it would seem that money talks and Berjaya is POSH ENOUGH after all!

More in featured
Will Tesla Become a Robo-Taxi Company?
May 18, 2021