Behold The Nemesis From Ecotricity 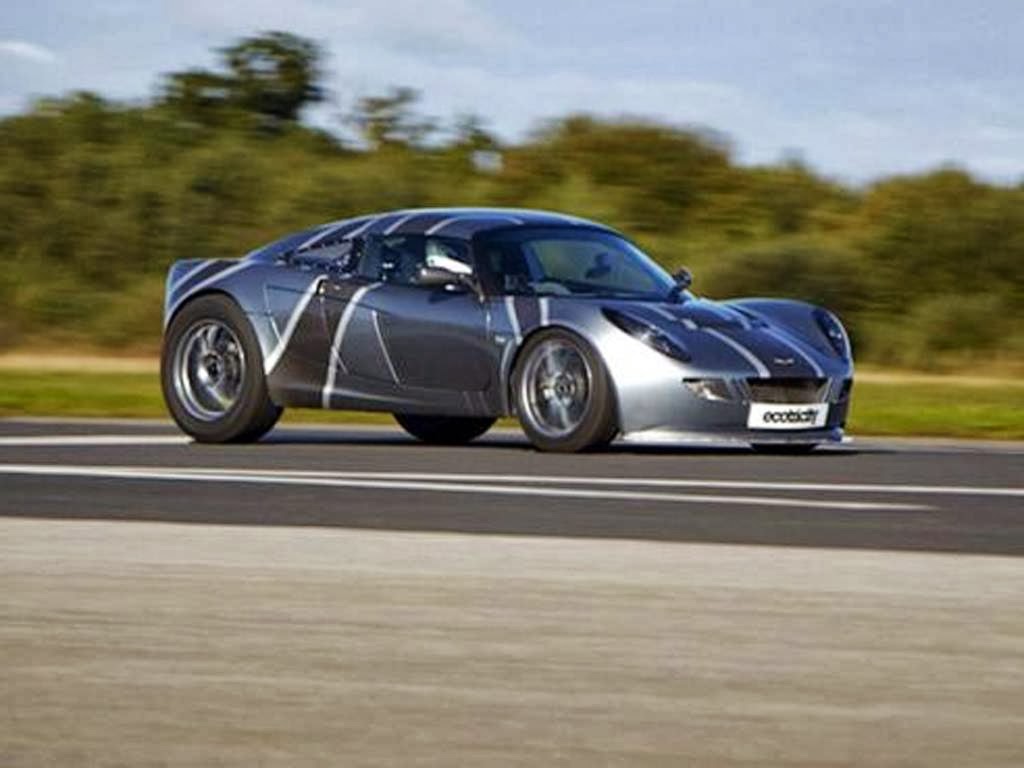 Introducing the current UK land speed record holder for electric vehicles, ladies and gentlemen. We give you the Nemesis!

For those of you with a keen eye, you will of course recognise that in the pictures is a heavily modified Lotus Exige. What you may not know is that last year, the very car pictured smashed the British electric car land speed record when it blasted past the previous record of 137mph on its way to an astounding 151mph. The vehicle only has a maximum range of 150 miles at present, but can be recharged in 30 minutes using rapid-charge infrastructure and was made more on a whim by a local green energy provider in Norfolk than anything else.

But perhaps there is something else going on here. This is not the first electric offering using the Exige architecture. Fisker, Detroit Electric and Tesla are three other companies that have come to realise that the Lotus pocket rocket is a bit special indeed. The bonded aluminium chassis is spectacularly light by modern standards yet incredibly strong and rigid, and gives a driving experience rivalled by few. It has a large engine compartment compared to the size of the vehicle which is perfect for batteries and/or range-extending engine.

The Nemesis is closer to the Exige than offerings from Tesla or Fisker in terms of styling and it uses a mid-engine layout with a pair of brushless electric motors coupled to 96 li-ion polymer cells to give it an impressive 0 to 100mph time of 8.5 seconds. Unlike the limited Tesla, the Nemesis will carry on to a maximum of 170mph, which of course is a fair comparison to some of today’s supercars.

The technology used to power the Nemesis to its record-shattering speed was developed by a team of engineers who has experience working on some of the most famous marques in the world, such as McLaren, Lotus, Corvette and DeLorean. Lotus is owned by Proton of Malaysia and, for those of us who live in Malaysia, we sure are hoping that the management of Proton are looking at what technology transfer opportunities there are for the future Proton range. Vroom Vroom!