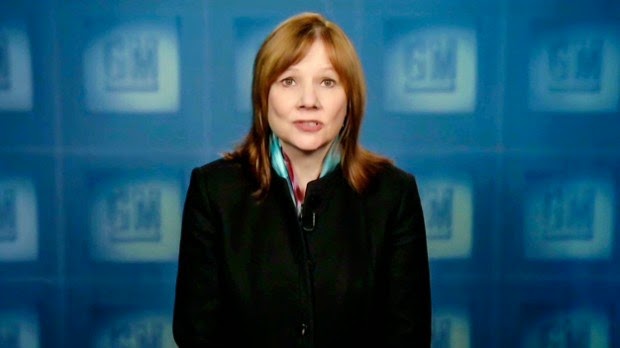 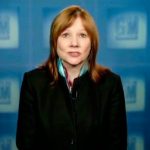 All eyes were on Mary Barra when she was newly elected as General Motors’ CEO, the first woman to ever helm an international automotive company. Now that GM is in the center of a faulty ignition scandal, the world is watching (and judging) her every action, every response, to see if she is worthy of the role.

GM is currently in the middle of a highly publicised lawsuit involving an accident in 2006 that caused the death of two Wisconsin teenagers and brain damage to a third. The cause of the accident was allegedly the faulty ignition of the Chevrolet Cobalt which they were travelling in that triggered the car to stall and the airbags deployment to fail. GM claims that problem only occurs when other objects, like a key chain or a key fob, are attached to the car key. What makes this into a scandal is that GM supposedly knew about the faulty part for 10 years now, and simply crossed their arms and pretended that all was well.

The problem is snowballing for GM as more lawsuits have subsequently been filed against the US automaker, including one by an investor who is suing for delayed disclosure and by two Canadian law firms seeking compensation for their clients. Talk about being thrown into the deep end of the ocean after only two months into her new role.

So far, Barra is proving her mettle. She had decisively recalled 1.6 million vehicles, which are the 2005 to 2007 Chevrolet Cobalt and Pontiac G5, 2003 to 2007 Saturn Ion, 2006 to 2007 Chevrolet HHR, 2005 to 2006 Pontiac Pursuit (Canada), 2006 to 2007 Pontiac Solstice and 2007 Saturn Sky. Most importantly, perhaps, is that Barra has not shirked responsibility. In an article for USA Today, she wrote, “I love making cars, and I’m proud of the cars we make at GM today. So, when something goes wrong with any of our vehicles, I take it personally. If that happens, our duty is to accept responsibility, fix the problem and make the changes needed to ensure it does not happen again.”

She added, “Everyone at GM regrets that it took so long to confirm the problem associated with the Cobalt and similar models and issue a recall…This issue goes back 10 years and involved vehicles we no longer make, but I take responsibility for resolving it on behalf of our customers, our employees and the authorities.”

Everyone involved wants to know the individual or individuals in GM who is or are responsible for the decade-long cover-up. Barra promises that a thorough review will be conducted by a highly respected lawyer. According to CNN, that person, however, is a representative of King and Spaulding, the same law firm that handled GM’s faulty switch case settlements.

After Barra had acknowledged responsibility and taken action to fix it, she then moved to avoid future catastrophes by appointing Jeff Boyer as VP overlooking global vehicle safety. She assures the public that Boyer has the authority to remove any obstacles that prevents him from achieving new safety standards. Boyer, however, has been a ‘GM guy’ for almost 40 years and one can argue about his objectivity, just like the King and Spaulding firm.

Nonetheless, it seems like Barra is following the rulebook of crisis management very well. Furthermore, she is cleaning up a mess that started long before she took over the reins and, as much as we dislike gender bias, the fact that she is a woman and a mother, the public might be inclined to be less harsh in their judgment.

Fast And Furious, And Deadly!