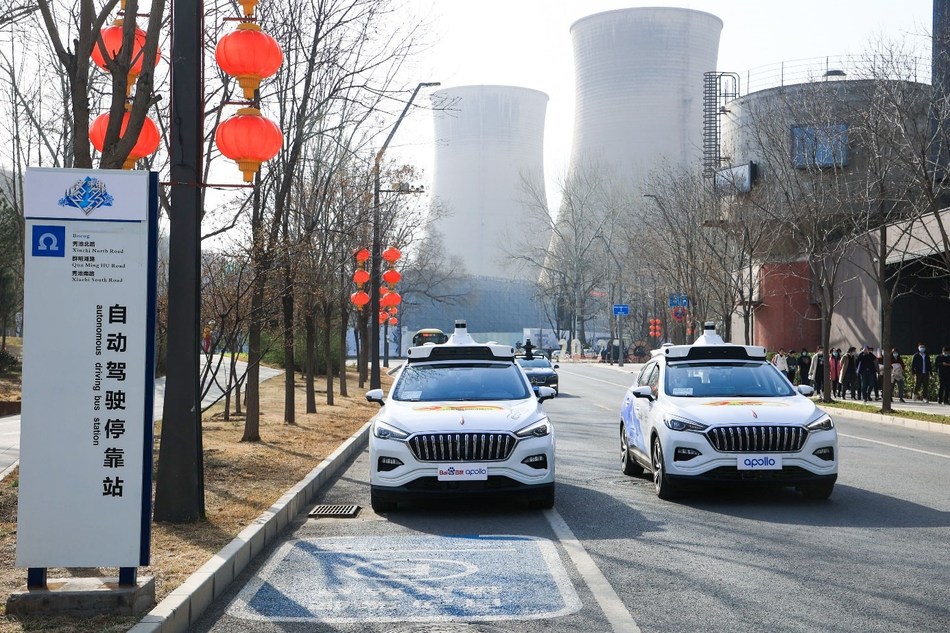 Autonomous cars have been undergoing testing for what feels like yonks now, but just when it seems like we will never get to ride in a self-driving vehicle in our lifetime, Waymo launched their paid driverless taxi service last year in San Francisco and now Baidu has launched their commercial “robotaxi” service in Beijing.

The Chinese tech giant has been trialling their autonomous cars on the roads of Beijing without a safety driver onboard since last year. The company said they had already completed over 10 million kilometres of road tests and since we have not heard of any accident occurring from these tests, the company was allowed to start shuttling paying customers in their Apollo vehicles around the city’s Shougang Park, which has been earmarked as a key venue for the 2022 Beijing Winter Olympics.

While there isn’t a safety driver behind the wheel of the Apollo cars, there is a “safety member” seated in the front passenger seat, just in case.

Users of the 5G Remote Driving Service, as it is called and what a mouthful it is, can hail a ride on the Apollo Go app on their smartphone. The passenger then uses a QR code to identify themself to the vehicle and after entering the car, shutting the door and fastening their seatbelt, only then can they activate the ride with a “Start Journey” button.

At the moment, there are 10 robotaxis ferrying passengers between eight stops in the park. Each ride costs 30 Yuan (RM19) and is limited to passengers between the ages of 18 to 60, although there is no explanation why those younger or older are not permitted to ride in the Apollo.

The rides have not been entirely smooth though, what with jaywalkers and curious onlookers who come too close to take a picture causing the car to brake repeatedly. The novelty is unlikely to have worn off by the time the Olympic Games rolls around, when it is expected that more of these Apollo vehicles will ferry visitors between the sports venues, offices, hotels and cafes located in the park.

But with time still to sort out these teething issues and for further in the future, the company envisions their driverless robotaxis in more cities across China to give the public access to “greener, low-carbon and convenient travel services”.