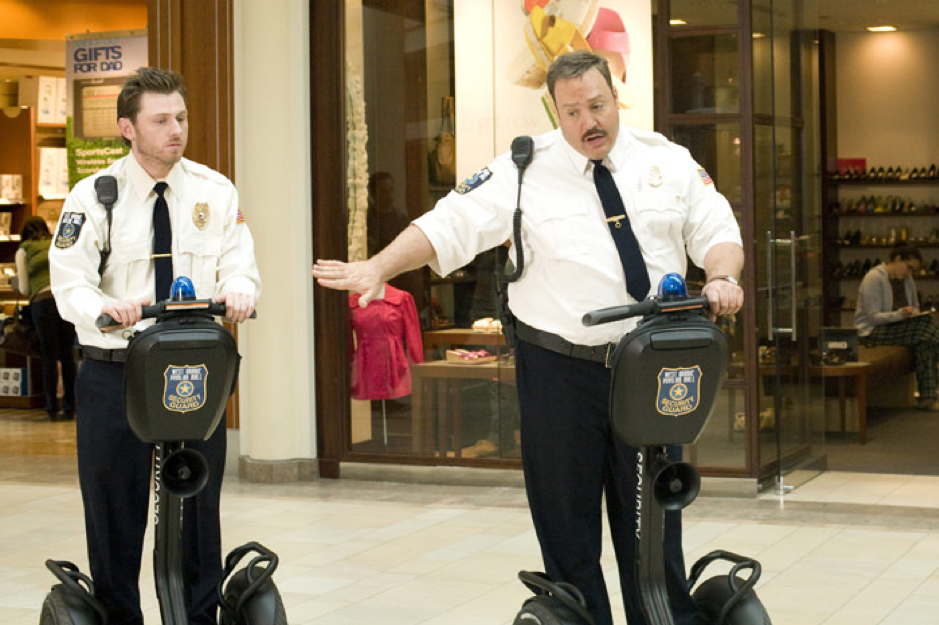 If you have one gathering dust, please give it to our Automologist, MAC, who still wants one.

Forever immortalised in the Hollywood film Paul Bart: Mall Cop, the Segway will now become a footnote in the history books.

When it was launched, it was intended to revolutionize the short-haul transportation industry. But now, the Segway stand-up two-wheeled scooter is to shuffle out of production and into our memories, where I am sure people will continue to lampoon it. Ah yes, the Segway, synonymous with irritating hipster commuters or airport security cops, oh, and those really annoying city tours in Mediterranean cities will cease to exist. No longer will we see video clips of people making fools of themselves whilst trying to tame the 10mph capable beastie.

Launched by Dean Kamen in 2001, the Segway was a self-balancing personal transport device costing USD5,000, which at the time was a similar price to a mid-range motorbike and hyped as being “to the car what the car was to the horse and buggy”. But after 19 years, the company has only managed to sell 140,000 units and has now laid off the last 21 workers on the Segway production line in Bedford, New Hampshire.

The Must-Have Personal Mobility Device in a Socially Distanced World?

When it was first unveiled to the world, the same year as iPods and Xbox, it seemed completely incredible. Here was a machine that you could steer just by leaning. Wow, I wanted one, but fate kept me too poor or living in countries where they were not licensed and now my dream will be no more. Unfortunately for Kamen, sales did not take off and the company was sold and sold again and is currently owned by Ninebot, a Chinese mobility company that really specialises in wheelchairs.

Tony Ho, VP of Global Business Development at Segway, blames two key factors for the demise: firstly, there is the difficulty of mastering the beastie, with some people allegedly having to learn how to balance to use it; the second problem has been the emergence of the e-scooter, which has become dominant because there is basically no learning curve in learning how to use it, and they cost significantly less. Of course over the years, the Segway has remained relatively unchanged and that may also be a part of the problem – it never really went to the next level.

So, if anyone out there has a Segway they would like to donate to me, please feel free ’cause I still want one.

More in featured
There Are Not Enough Chips to Make New Cars
January 16, 2021