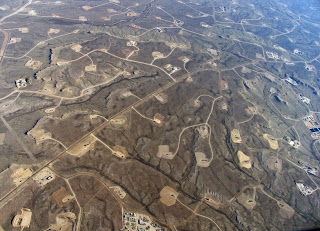 Almost by stealth, the good old US of A has become the world’s top producer of natural gas replacing Russia. According to a report by Kevin Logan of HSBC, this occurred in 2011, an event therefore missed by most of us. In the same article, Logan is predicting that by 2020, the US should become a net exporter of gas and perhaps even oil. This data came from the US Energy Information Agency which was then followed by last month’s announcement that China has now become the holder of the perhaps unwelcome status of world’s largest oil importer.

This revolution didn’t happen by chance but it does come with some far reaching consequences for the world as a whole. Oil prices shot up to meteoric highs of over USD145 per barrel by mid 2008 before falling back to USD34 less than 7 months later, only to resume their climb and settle at about USD100 per barrel of the benchmark West Texas Intermediate Crude. Prices this high drove new technology to finally crack the tight oil and gas conundrum.

Oil and gas are found extensively around the world, but in rocks where low porosity or permeability made it impossible to extract the hydrocarbon deposits. A process called ‘fracking’ was then developed, whereby water, sand and chemicals are injected under enormous pressure to fracture the rocks in the hydrocarbon reservoirs and allow a greater flow of hydrocarbons to be liberated. This new source of oil and gas, from previously unproductive shale, has revolutionised the industry, particularly in the USA and Canada where the sustained high oil prices have been key to the developments. Leonardo Maugeri of Harvard University is going one further – he is predicting that the shale boom could make the USA the world’s largest oil producer by 2017, assuming that the price of oil remains above USD85 per barrel for the rest of the year.

Another fact that seems to have been missed in all of this is that in the ‘rich world’, oil demand has already peaked and in fact has been falling since 2005. Herein lies the second half of the puzzle as to how the USA could become a net oil exporter. New combustion and automotive technologies are with us and for decades now, ‘western’ governments have been demanding that the average fuel consumption in vehicles gradually improve. Advances in the way engines work, the addition of Kinetic Energy Recovery Systems, and the use of lighter and stronger materials along with the growing use of other hybrid and electric car technologies have all contributed to Americans using less fuel per person than they have for decades, which of course means that there will now be more to sell to others.

China is not blind to this quantum geopolitical shift. The country has little or no hydrocarbon reserves, and has spent the past decade frantically scavenging reserves in the third world, particularly Africa, whilst mostly unsuccessfully trying to take over US and Canadian companies. China is ever mindful of the issue with overdependence on imported energy and has long been an advocate for renewable energy. It is trying to boost this part of its energy sector to 11.4% by the end of 2015. In fact, in the land that has become the largest automobile market in the world, wind energy is now the third largest energy source there. The government has mandated that by 2020, fuel consumption for standard cars will fall from the current 8.2 litres per 100 kilometres to a mere 5 litres per 100 kilometres. With an estimated 200 million cars on the roads of China by 2020, that will still be a lot of fuel needed.

More in featured
The Mystery of the Tesco Carpark Lockout: Hundreds Locked Out of Their Cars
March 3, 2021