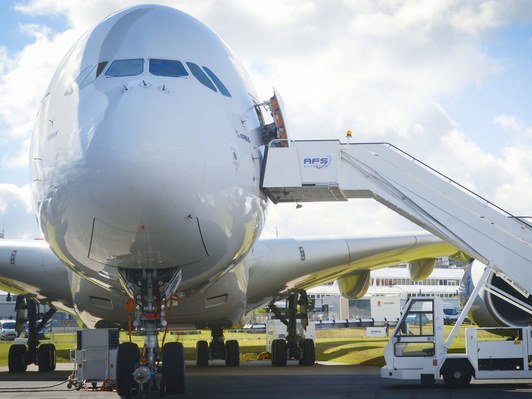 It is the end of the road for the A380 as Airbus pulls the plug on its struggling Superjumbo after just 12 years of service. The last deliveries of the A380 will take place in 2021 and the programme to build the world’s highest capacity plane, which cost an eye-watering USD25 billion to develop, will come to an end.

Most of us can remember the fanfare around the launch of the aircraft just those few short years ago and the ensuing race to become the first carrier to fly one, which we believe was Singapore Airlines. Now, though, even one of the stalwarts of the A380 world, Emirates Airline, has cut its order and this has sounded the death knell for the Superjumbo class of planes.

This may well be a blessing in disguise for Airbus as the A380 has never made a profit, with the high production cost and competition from newer, more fuel-efficient aircraft. Emirates has been one of the staunch supporters of the A380 and will still take delivery of another 14 of them, but it will be cutting their fleet from 162 of the behemoths to 123 as it shifts to flying smaller, more fuel-efficient aircraft.

This Will Be the World’s Longest Aircraft.

It crashed during testing. You first.

So, why has the A380 programme failed after so much investment? There is probably not one clear reason, but for sure air travel has changed and there is ever-growing competition on all routes; this has meant that selling all the seats on an A380 has become a tough job and on a lot of routes, this has meant half full Superjumbos. And that is a loss-making proposition.

There is another factor as well. With air travel—particularly long-haul air travel where the A380 was supposed to excel— the paying public wants to feel special and this simply has not been the case with the A380. The sheer number of passengers on a full flight means that you are herded around like cattle. Worse, once you arrive at the destination, it seems to take ages to get out of the plane and then there is this massive queue at immigration due to the sheer number of passengers getting off the same plane as you. You don’t feel special—you feel, well, bovine.

Ultimately, the programme faltered when the industry shifted away from larger planes in favour of smaller, wide-body jets with two fuel-efficient engines. This is exactly where the Boeing 787 Dream Liner has come in and slightly thereafter, the A350.

The Airbus was described as the future of aviation when it was launched. The plan was to kill off the venerable Boeing 747 as a passenger-carrying plane and they may well have achieved this as the last passenger-carrying 747 left the factory about two years ago now. In a way, though, Boeing will have the last laugh as freighter versions of the 747 will be produced after the last A380 rolls off the production line in 2021, which means it will have outlived the plane sent in to kill it.