A Pilot’s Job Is Boring, Exciting or Heroic? 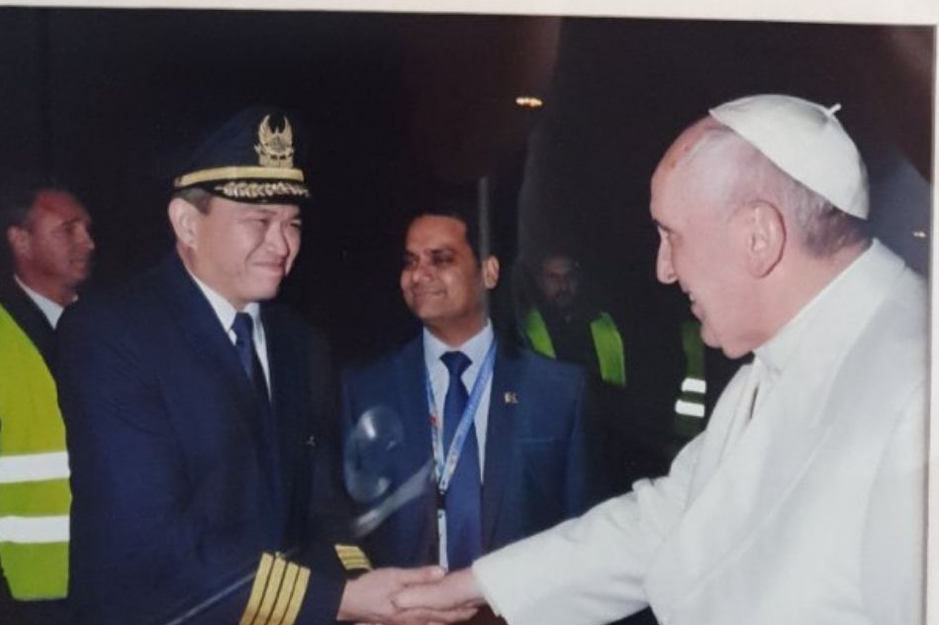 Read the Tagalog version of this article here.

Autmologist HAROLD thinks it is heroic. His hero, Capt. Butch Generoso, has thwarted a hijack, rescued Filipino workers from war-torn Syria, civil war in Libya, a Category 5 hurricane in Puerto Rico and, during this ongoing pandemic,  Covid-19-hotspot in Italy.

Welcoming Pope Francis during his arrival at the Fiumicino Airport in Italy. (Photo from ABS-CBN.com)

For those of us, like this writer, who used to travel (for work rather than leisure) before the pandemic struck the world, we sometimes miss the smell of planes and airports. I travelled a lot. There were years in which I went on over 20 international trips, so I see flight pilots more often than I see priests.

Our high school “prophesy” said that I would be a pilot. But, my parents were only poor teachers who could never afford to send me to flying school. Truth be told, I am happier to be a passenger than a pilot. I have often thought that the pilot’s job must be boring, spending 10 to 15 hours in a cockpit just watching the plane’s gauges, meters and gadgets. Maybe they get to enjoy a few minutes of adrenalin rush during take-off and landing.

But my perception of a pilot’s job changed significantly after I read the interview by ABS-CBN with Philippine Airline pilot, Capt. Butch Generoso. A foreign affair attache turned pilot some 34 years ago, Capt. Generoso described his career as full of adventures and memorable fun.

Check Google and you will find that he was in command of an Airbus A330 carrying 278 passengers when it was hijacked, shamefully by a Filipino armed man, back in the year 2000.

In the ABS-CBN interview, Capt. Generoso said: “I’m a very laid-back person. So when somebody points a gun in your head and slaps you with a grenade, I think that’s crazy!” At that time, there was nothing he could do. Not even talk. “After a while, when you realize death is near you and you need to react to survive, only then did the power of speech return to negotiate.” Capt. Butch convinced the hijacker they were not adversaries, that the crew would do as instructed. Yet, “that gun exploded in the cockpit.”

The hijacker – maybe inspired by a movie he watched –  bailed out off the plane, after taking money from the passengers, by jumping off when the plane was brought down to 6,000 feet, with a homemade parachute. Luckily, no passenger was harmed during that exciting and fateful one-hour drama and the plane safely landed at the Ninoy Aquino International Airport. For his presence of mind and skills in crisis management, he received a commendation from former President Joseph Estrada. 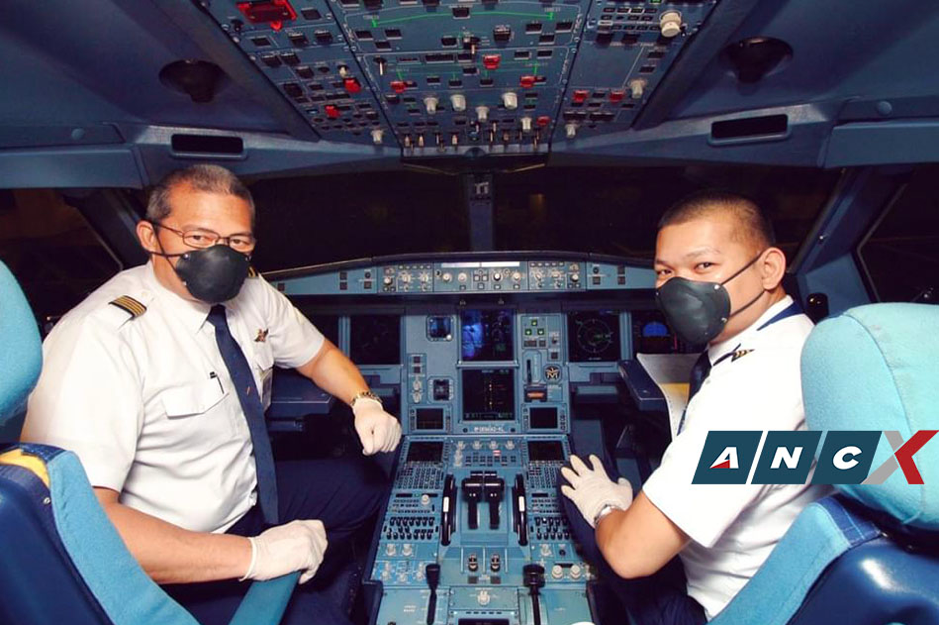 En route to Tashkent, Uzbekistan on Philippine Airlines Airbus A330, which brought home Filipinos working overseas and were affected by the pandemic. (Photo from ABS-CBN.com)

His stint as a pilot was full of adventurous journeys. In 2006, he piloted an A330 PAL flight from Damascus that rescued overseas Filipino workers from war-torn Syria. In 2014, he was tasked to pilot a PAL flight to rescue Filipinos at the height of the Libyan civil war. And being an experienced “rescue pilot”, he was sent on one of his most dangerous missions ever — rescue Filipinos using an A340 aircraft at the height of 2017’s worst natural disaster, Category 5 Hurricane Maria. They were the last plane to depart the airport. It was like an action movie scene indeed! Saving lives seems to be Capt. Generoso’s destiny.

The Polluted Pasig River in Manila Will Soon Be a Motoring Haven.

“Solution within a solution”.

With a grandfather and father who were pilots, no wonder Capt. Generoso’s son, Jose Inigo, became a pilot too. Then came the pandemic, and father and son had to pilot flights to and from the then Covid-19 hotspot that was Italy. It was no fun anymore – this was real danger – but the profession called for their courage. 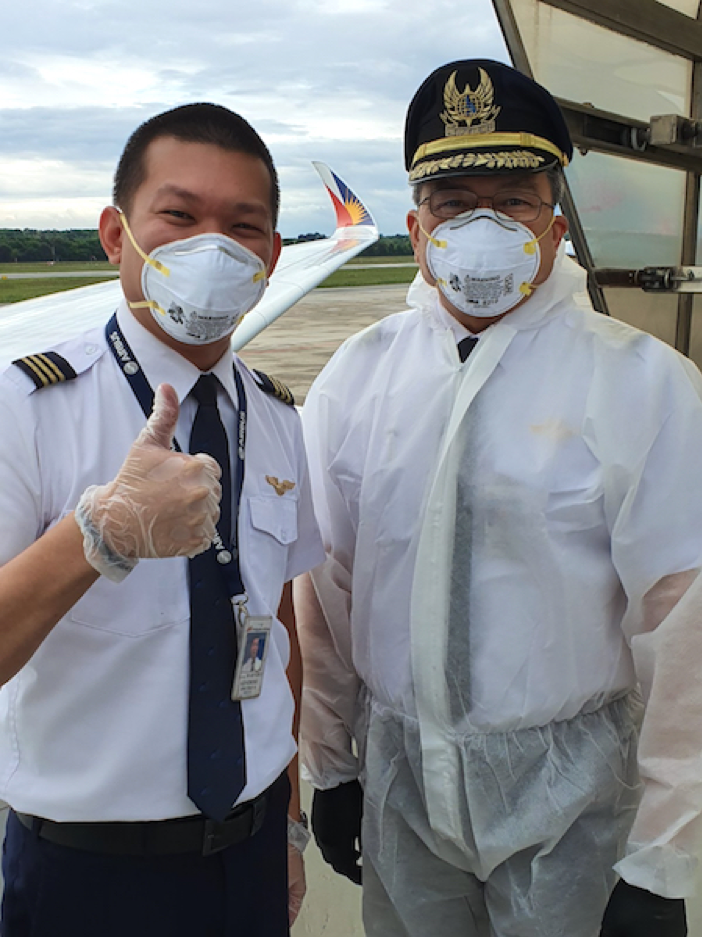 Capt Generoso and son Jose Inigo, during one of the “challenging” flights to Italy to ferry Filipinos home. (Picture from ABS-CBN.com)

Flying is prestigious too. It is one of the moments when you can command a head of state: “Fasten your seat belt or you bang your head on the roof, and we’ll lose a president” Indeed, Capt. Butch, as he is fondly called, had flown three Philippine presidents – Fidel Ramos, Joseph Estrada, Gloria Macapagal-Arroyo – to various destinations. “During the time of GMA, we journeyed to almost all the continents, even Africa. We went as far as Cuba. You know, those places you wouldn’t think you’re gonna go to, I landed on those airports,” he said.

And, talking of benefits and perks, a pilot’s children can fly first class to any destination at any time. In fact, Capt. Butch’ s daughter would fly first class to go on a 3-day shopping spree in Hawaii. The ticket is a perk for sure, but the shopping bill can be a curse.

Now, tell me, is a pilot’s job boring, exciting or heroic? How I wish my high school “prophesy” had become reality.

Kia Seltos - a New B-Segment SUV For The Sporty Millenial

Ferrari Launches the Ferrari SF90 Stradale - the Most Powerful V8 Yet