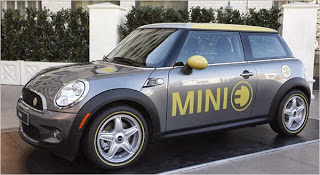 Mini is set to launch the all new variant of the iconic brand and has announced that there will be some form of plug-in electric or at least hybrid version available. Whilst no real details of the electric version were forthcoming from Peter Schwarzenbauer, BMW’s Board Member in charge of Mini, it is obvious that BMW is thinking for the next generation which will utilise an ecofriendly 3 cylinder engine in some of the models.

Up to 10 models in the new range will likely go on sale in Europe and the USA next spring, although, as is usual with new vehicles, the full ‘ramp-up’ will take until summer 2014. The future Mini will be underpinned by BMW’s new UKL architecture, an acronym for the German words Unter Klasse, and it is the same front wheel drive architecture which will be shared with all entry level BMWs.

Production of the new Mini will be chiefly at the plant in Oxford, England, where there will be a capacity of about 240 000 cars per year. The long term future of the plant would seem secure after BMW invested EUR750 million in the UK last year, mostly in the Oxford plant. BMW plans Mini production at the former Mitsubishi plant in the Netherlands, now owned by Dutch contract manufacturer VDL, when capacity is reached in the UK.

Last year 301 000 Minis were sold worldwide and it is thought that BMW would like to expand this volume. With the adoption of the UKL architecture, it is thought that there could be plans for smaller scale production in other markets where entry level Minis are being manufactured. Schwarzenbauer stated that there are currently no plans for a factory in China and it is thought that BMW will wait to see how the premium subcompact segment develops there. Only about 10% of BMW global volume goes to China, which is still a very small proportion when compared with mainstream brands.

‘It’s very difficult to predict the mix now. I think that consumers will be very surprised, and in a positive way, by the 3 cylinder’s performance, so I would expect that its share will go up quite a bit. But we still will see consumers asking for the four-cylinder engine. It would be wrong just to concentrate on the 3 cylinder engine, even though it is a very attractive option. There will be electrification within the Mini brand, including a plug-in hybrid for certain. We’re still investigating pure EVs,” said Schwarzenbauer in a recent interview.