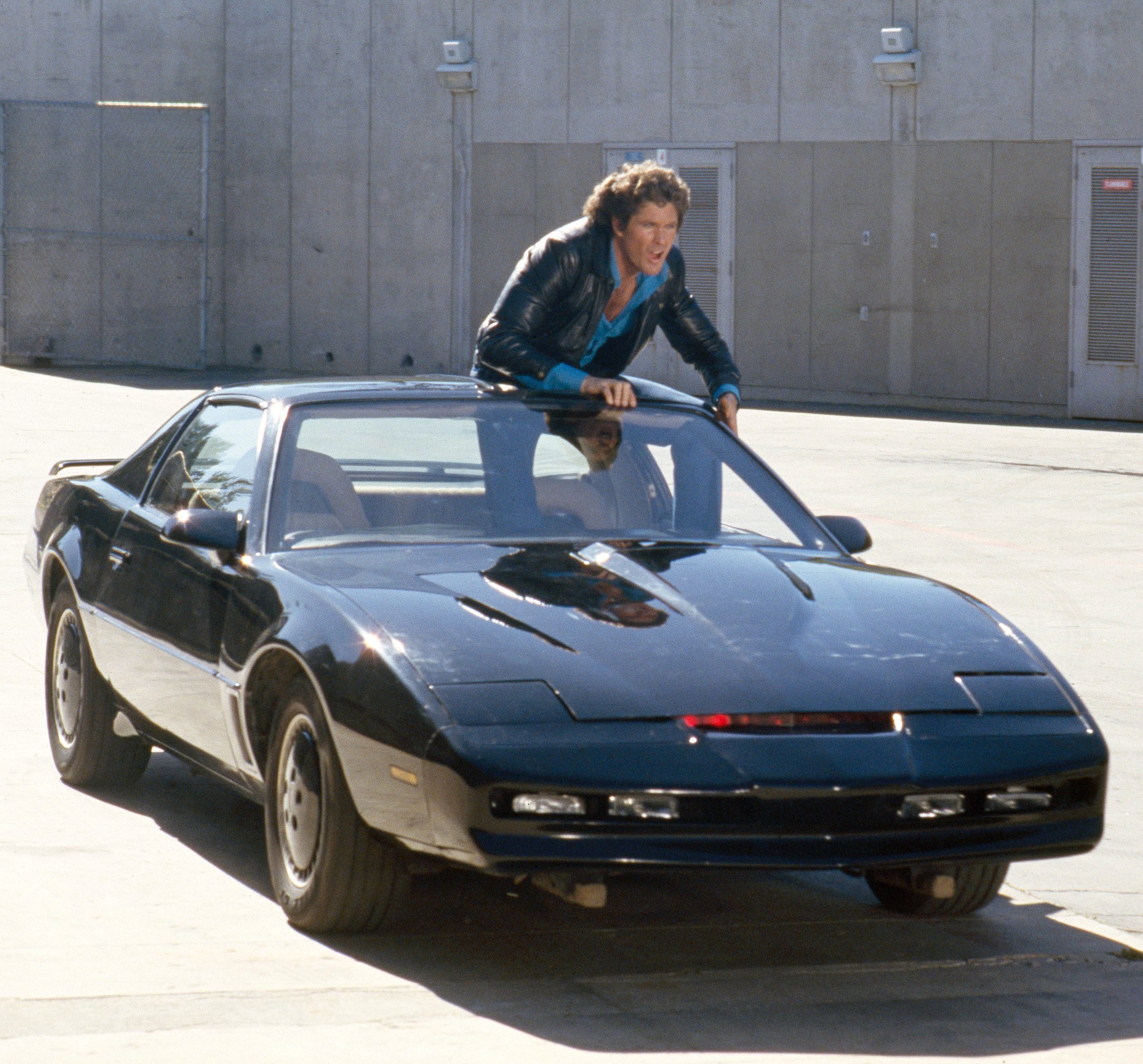 If you grew up during the eighties like this writer, you’d be excited to hear that Knight Rider – the television series featuring pre-Baywatch David Hasselhoff as crime-fighting Michael Knight and his trusty sidekick, KITT, a high-tech, highly intelligent Pontiac Firebird Trans Am – is making a comeback.

The upcoming movie will be directed by Malaysia-born James Wan, who besides helming horrors like Insidious and Saw, and superhero movies like Aquaman, also directed Furious 7, which makes him suitably experienced for a “car movie”. No hint yet on which car model will play KITT in the new movie, but we venture a guess that it will be black and very fast.

The things is, if KITT is making a comeback in year 2020 and still wants to play the role of a vehicle advanced for its time, the screenwriter will have to dream up a whole bunch of new technology, for whatever advancements it used to boast back in the eighties are already today’s reality:

In the series, KITT was controlled by a super-intelligent computer, with a personality to boot. Vehicles built today are integrated to some degree with artificial intelligence programming, making driving, navigating or parking partly autonomous and auto-cruising seem like child’s play. We can already speak to our cars via software like Apple CarPlay, Android Auto or the like, and have it reply snarkily (talking about you, Siri).

KITT was able to run on a mixture of fuel, including petrol and hydrogen – a hybrid car before it was thought that hybrid cars could become mass-produced vehicles. But the Toyota Prius was launched in 1997 and since then, it’s not uncommon to find a car running partially or even fully on battery (ie. all-electric). Maybe the new KITT will be a Tesla or Porsche Taycan or even a Nissan Leaf.

Arguably the coolest feature of KITT was the pulsing bar at the front of the Pontiac that flashed different patterns at different frequencies – this was the Anamorphic Equalizer, which was essentially KITT’s eyes. Through this, the car could  “see” with X-ray and infrared vision.

Cars nowadays use a combination of cameras, sensors and LIDAR (laser) technology to ‘read’ the roads and determine location, speed and trajectory of surrounding vehicles, pedestrians and hazards, and react within a fraction of a second.

Knight wore a gold pendant around his neck with which he could summon KITT to where he was. When activated, KITT roared into life and to his rescue.

With a combination of present AI, GPS, cameras, sensors and LIDAR technologies, fully autonomous cars are no longer a thing of science-fiction. In fact, companies like Apple, Tesla, Google, Ford, General Motors and Baidu are racing to produce the first fully autonomous vehicle to hit the public roads.

It’s surprising how rudimentary the monitors and display units are made to appear in old movies or TV shows that present reality has truly surpassed past imagination. Clearly, mobile devices and user interfaces of today’s reality are much more intuitive and aesthetically appealing. And all those monitors, computing components, buttons and knobs could easily be replaced by a standard 8″ in-car infotainment screen.

Nonetheless, it would be pretty interesting to see what the screenwriter will be able to dream up for KITT 2020. With all the car tech that we already have on hand, it had better be able to teleport (oops, that’s from another 80s sci-fi series).

More in featured
Use Coca-Cola To Wash Your Car And Other Tips to Clean the Car You Neglected During Quarantine
May 18, 2020