15 General Motors Employees Get The Boot 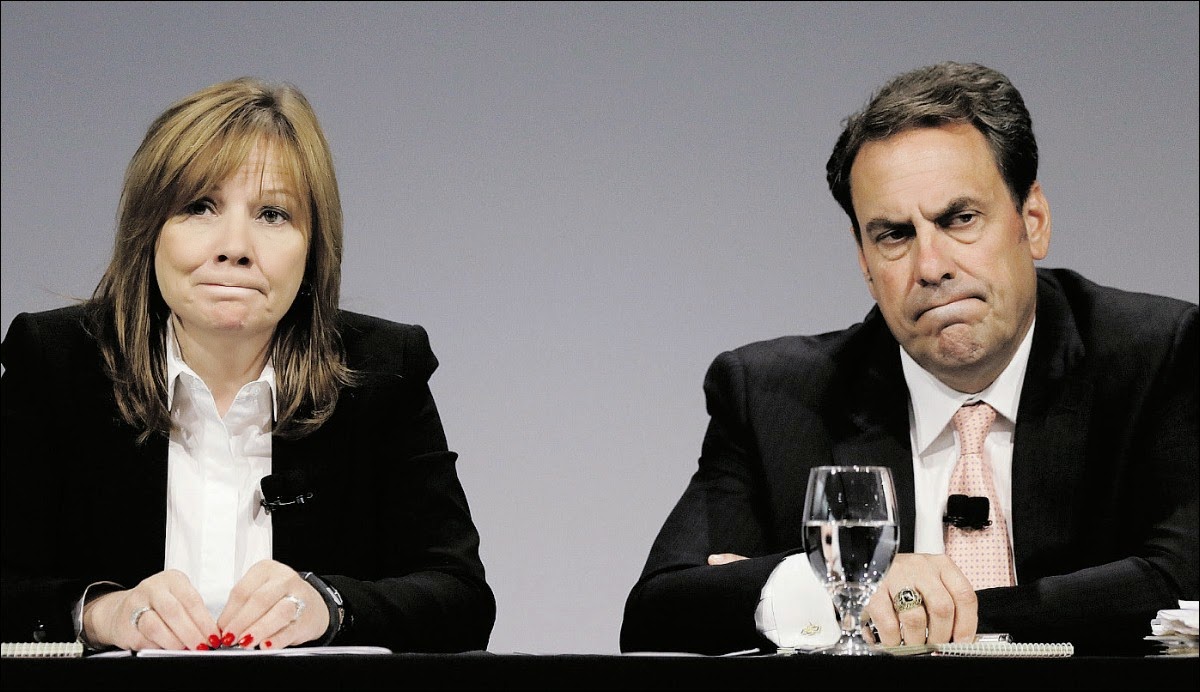 Finally, some scapegoats…er, we mean, answers.

After the three-month long internal investigation intended to finally shed light on the ignition malfunction in General Motors’ vehicles, 15 employees, including a vice president, a lawyer, and at least one engineer, have been removed ‘because of misconduct or incompetence, others didn’t do enough’, according to CEO Mary Barra who addressed GM personnel at the company’s technical centre in Michigan. Five more personnel were disciplined.

According to the report, one of the reasons that the problem persisted for more than a decade was because the engineers failed to recognise it as a safety issue. Despite being informed by customers, dealers, media and their own peers that the ignition part used led to moving stalls, it did not occur to them that the airbags would also fail to deploy when the switch moved out of “run” position. Thus, it simply appeared to them as an inconvenience rather than a danger.

Of course, an engineer was also the one who made the decision to use the ill-suited switch. During the initial production stages, the problematic switch was already known of, but the possibility of the problem actualising was believed by the engineering ranks to be ‘rare’.

Another issue was the diffusion of responsibility – to put it simply, when it was everyone’s responsibility, it became no one’s responsibility. According to the report, the issue was passed around an ‘astonishing number of committees.’ Barra herself described to Valukas the phenomenon of the ‘GM Nod’, which is the nodding of heads in agreement during meetings, but it ends there with no subsequent action taken. Valukas also reported about the ‘GM Salute’ which is the crossing of arms and pointing at others to ascribe responsibility to anyone but themselves. Because of this, Valukas said that it was difficult to pinpoint the actual persons responsible as no one owned the decision. Hmm..the ‘nod’ and ‘salute’ sound like phenomenon that happens in most corporations and companies, not just GM.

The report essentially concludes that the causes of the problem were bad decisions and no clear delegation of responsibility; it also exonerates Mary Barra and the Executive Vice President, Mark Reuss (on the right in the picture above). The report reiterates what Barra had already said, that she only learnt about the faulty ignitions in December 2013. Not long after she succeeded Dan Akerson, the massive recalls commenced.

The report may not give victims and families of those who had died the answers they were looking for. There is no one answer, no one person for them to place the blame on. Essentially, as Barra said when she addressed the GM employees, ‘We failed these customers. We didn’t do our job.’

GM has set aside US$1.7 billion so far to cover recalls, involving 14 million vehicles thus far. The company has also set up a fund to compensate the victims and their families. Earlier this year, the company created a new role, Global VP for Safety, which was filled by a GM veteran, Jeff Boyer.

Despite the massive scandal, GM had the best sales last month since August 2008, partly attributed to employee pricing offered to car owners whose models were recalled. Funny, isn’t it? They sell you a product and then when it is found to be faulty, they get you to buy another one; yet, buyers bite the bait. What an illogical world we live in.

More in asia
The Bolt is a Revolt against Tata’s outdated brand
January 24, 2015