If you haven’t seen the FIRST FIVE Future Japanese Classics selected by our Automologist KEVIN, go to Part 1 of this article.

When Toyota launched the Altezza in Japan in 1998, their idea was to make a capable well-rounded sports sedan that would offer better driving dynamics than the rest of the sporty executive continental sedans, like the BMW 3 series and the Mercedes 190E. What they got in the Altezza was a highly adept sport sedan that now has a cult following in many parts of the world. Built with a balanced, poised and fun chassis, the car was made even more exciting with a very responsive rear-wheel-drive set-up and an engine pushing out 207 bhp. In the used car market today, the automatic versions will fetch about RM25,000 to RM30,000 and the manual ones can fetch up to RM45,000.

This cute little utility Jeep was unfortunately nicknamed the Death Trap in most western countries, but the truth is, this is not a death trap. Many have driven this thing almost over and through everything. Most that have flipped it have obviously driven it silly. This vehicle wasn’t designed to get around the curves at high speeds. It was designed to take you off-road and into and out of really tight spots. If there was one fault with this, it’s that it does leave you wanting more in the power department. The 1.3-litre 80bhp engine was the biggest petrol engine option we got here and it wasn’t the greatest, but it was so incredibly reliable and light, that it made this such a fun little off-roader. Today, it’s starting to get popular with enthusiasts who like pimping it up. A decent one in the used car market can go for about RM28,000.

In a time when budget mattered, the MR-S fitted in nicely with all budget sport cars enthusiasts. Not only was it good looking, it was also affordable, quick and relatively maintenance-free. A first for Toyota, the car came with a 6-speed sequential tranny that didn’t do well with its fans. The five-speed manual version was launched at the same time and in 2002, it was replaced with a six-speed manual. Now, this everyone loved. 0-100 km/h timing was 1.4 seconds slower than the MR-2 it replaced, but it still managed to do a decent 8.2 seconds. Popular with racer boys and men going through mid-life crisis, these little pocket rockets can be picked up on our secondhand used car market with a price tag of anything between RM 50,000 to RM 70,000. 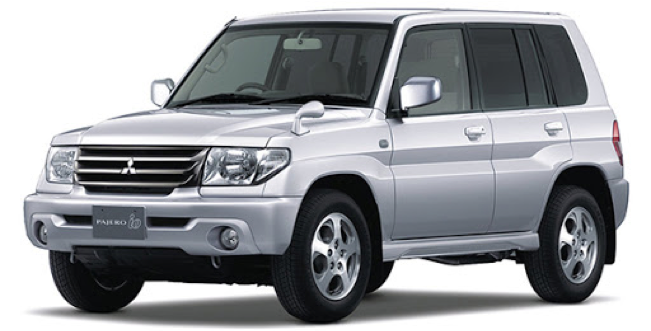 In comparison to its bigger brother, the iO looks like the nerdy one in the family. It’s the same when compared to the likes of the other little off-roaders in its segment. Don’t be fooled, though. The iO is quite an amazing little trailblazer. It came during the time when SUVs started to become a thing and it had quite a challenge. With the Vitara, C-RV and Rav4 dominating the segment, it had to really prove itself. The iO in truth was more of an off-roader than it was a little runabout SUV. With an over-engineered 4-wheel drive gearbox, it would do better on dirt than it would on tarmac. In Malaysia, it came with a 1.8-litre GDi engine churning out a meagre 140bhp. With prices under RM 20,000 now, it is definitely worth considering. 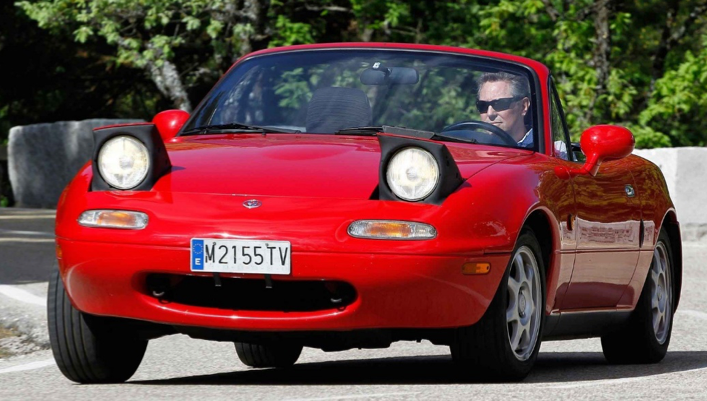 Inspired by the handling of the Lotus Elan in the 60s, the Mazda Miata was a hoot to drive. Some would argue that it is the purest of a re-imagined roadster. From a price perspective, there’s no better time than now to add one to your garage as this would appreciate in value in the very near future for sure. It is extremely fun to drive even at low speeds and the soft top is stowed away quickly and easily. With plenty of aftermarket upgrades available these days, the Miata just got even more fun. The car’s 980kgs are distributed nearly equally. The earlier models were fitted with a 1.6-litre 16-valve twin-cam engine with 116bhp and 135Nm of torque. Later a 1.8-litre version of the twin-cam engine was introduced, pushing out 133bhp and 155Nm of torque. Today, a fine example of this iconic roadster, although somewhat rare, can be picked for about RM65,000. With its popularity increasing, the prices can only go upward.

Go back to Part 1 for the FIRST FIVE Future Japanese Classic Cars.

Look out for the one with gullwing doors!

More in whysoserious
Traffic Signals from Around the World
August 21, 2016