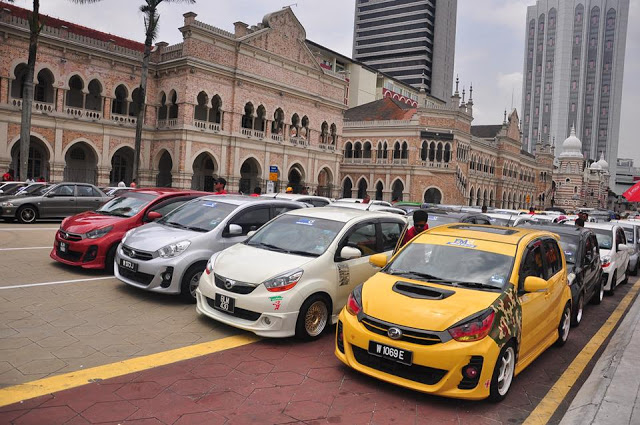 Automologist LING, longtime proud owner of a Myvi, tells us what makes this little car so great.

Today’s headlines have been announcing that Perodua will soon hit the one million MyVi production mark as soon as this month (there’s just over a week left before the end of May), and that is just in 12 years and over two generations since the first MyVi rolled off the production line. The bulk of this million was for domestic consumption, with only 35,400 units being exported since 2006, and most of the exports went to our neighbour, Indonesia.

It is certainly a record-breaking achievement as Malaysia’s so-called national car, the Proton Saga, took nearly twice the time to hit the 1.2 million production mark. The Porsche 911 incidentally also recently hit the millionth mark after some 54 years, but back to this much more affordable car…

I still remember the first time I set eyes on my own little, shiny white Myvi. Before I bought him (yes, him), I almost went with a Kelisa because I was being paid peanuts working at a PR agency. My mum advised me against it and I ended up with the bigger, sturdier option. You hardly see any Kelisa’s on the roads anymore. Mums know best…at least, my mum does.

It may just be an entry-level vehicle but I have met many a Myvi owner who love his/her car just as I do. It lets me nip around the city, which is what I do most days, without burning too much fuel and, by extension, too big a hole in my pocket. Back when my job (or rather, jobs) involved some form of kuliwork transporting props, goods and whatnots, the rear seats could fold completely flat to create a large load space. The two times that I had moved house whilst I owned this car, it valiantly carried my rather bulky pieces of furniture and other heavy junk to my new place without uttering a single grunt. With a 1.3-litre engine, I could ferry around four of my friends much smoother than if I had the 1.0-litre Axia, another great entry-level car by Perodua for an even lower budget.

There was the time when it had a punctured tyre and I had not cared enough to notice until it was completely flat, yet it somehow still managed to limp all the way to the repair shop. There was the time when that motorbike was white-lining and scratched its side, and then sped off without so much a backward glance, leaving a deep scar in my now battered warrior.

There was that time when I cheated on it with a so-called better, younger, sportier car while on holiday, and I quickly realised that my old man (yes, man) waiting for me at home gave me far better all-round visibility while driving and I never felt claustrophobic in it as I did in this holiday fling.

Come June 5th, it would be exactly 10 years since we became woman and car. It is no longer shiny and white, but more an off-white covered in a perpetual layer of dirt. It is spending more days in the repair shops as one by one, its parts begin to fall apart. Still, he has a few more good years in him left and I will ride him – just maybe not as hard as I used to – until I can ride him no more. 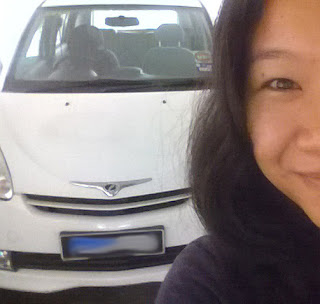 That’s my white knight in the background. I call him Legolas because he is fair and light, and I ride him hard and fast. He’s old now, so I have to go easier on him

The Prince is Back and Still a Winner!